M’CHIGEENG—”When there is talk of cutbacks being made by the government or the Drummond Report, they need to allow for input and concerns we as First Nations and non-First Nations people have,” stated Glen Hare, Deputy Grand Chief of the Union of Ontario Indians (UOI) at a hearing put on by the Public Services Foundation of Canada Commission (PSFCC) last week.

“The hearing (held in Sudbury) focused on quality public services and tax fairness, in response to the Drummond study,” explained Mr. Hare, who was among the nine guest speakers at the hearing.

“The commission is holding these meetings as they want to hear from front line workers to grass roots people,” said Mr. Hare. “I reminded everyone when they are acting as the ambassadors of the country to remember our First Nations fought for this nation. We fought for Canada and Ontario—this is where we want to live and there is no room for racism of any kind.”

“I’m getting tired of people saying Indians live for free in this country, that we don’t pay our fair share,” said Mr. Hare. “For instance, we pay our share of taxes, big time. For example, in my home community of M’Chigeeng we have a population of 2,400 with half of the residents living off-reserve, but we pay the same taxes as anyone else. Another example is when it comes to education, our people pay tuition fees toward colleges and universities.”

“There is talk of cuts being made in health care, and again we should be allowed to provide our input on this and others, we should be able to share our ideas of where the cutbacks should be made and where the dollars should go,” said Mr. Hare. He pointed out he has eight grandsons, two of which are still not registered by the province for health services through OHIP. “In fact, there isn’t any documentation from the province that indicates the two are even alive, let alone get health services. But, when immigrants come to Canada to live and work the minute they land on Canadian soil they are covered by OHIP, but those of us who were born, live and work in Canada don’t get the same privileges.”

“In my presentation I also questioned why (Premier Dalton McGuinty) and Prime Minister (Stephen Harper) are travelling abroad to China, promising to provide tuition, education and jobs to any of their people who want to move here, when these same benefits are not being offered to the Canadian public,” continued Mr. Hare. “If these were presented to us, kids would be at the front of the line, but instead our governments are offering these benefits to people abroad to be educated and work here,” continued Mr. Hare.

“It is the people who live in this country and province who work everyday that make our governments rich, and they (government representatives) are supposed to work for us and they have to listen to us and get our input when they talk of making any cutbacks,” stated Mr. Hare.

Mr. Hare said he certainly caught the attention of everyone at the gathering when he said, “when one of our First Nations citizens goes to the US to live and work for, say, 10-15 years, when they come back home to retire, or because they are sick, it takes, at the minimum, three months to get health care coverage. They have to verify who they are, where they are from originally, and still they won’t get any coverage for the first three months.”

A PSFCC release states, “in the absence of any alternative inquiry into the reform of Ontario’s public services as proposed by the McGuinty government through its Drummond Commission, the Public Services Foundation of Canada (PSFC) has begun its own study of public services beginning January 5 in Kingston, and held in about 14 communities throughout Ontario until February 14.”

“The Drummond Commission is operating in secrecy: it’s not addressing issues of unmet needs and it has been told not to investigate how the tax system can be reformed to provide the funding required to meet public service needs in the future,” said Ms. Wasylycia-Leis. “Our commission will make every effort to redress Mr. Drummond’s fundamental shortcomings.”

Under Ms. Wasylycia-Leis, the commission, with input provided at the public hearings, will submit a final report and recommendations to Premier Dalton McGuinty and Finance Minister Dwight Duncan in time for the provincial budget in the spring of 2012.

“The other thing I touched on in my presentation is that everything the governments talk about is the bottom line dollar,” said Mr. Hare. “I heard other speakers talk about how Caterpillar is leaving London, and the situation in Attawapiskat has been a big learning experience for all of us. But one thing the government promotes is Shop Ontario, but for most First Nations, building materials and supplies are brought in from Winnipeg. Why is this the case? We have everything in Ontario. Why are millions of dollars for these products from another province when we have everything needed in Ontario?”

Mr. Hare also touched on the spin-offs First Nation communities and members purchasing products off-reserve do for neighbouring municipalities as well as the Ontario economy as a whole. “We did a study of the impacts First Nation communities have on municipalities and cities and the positive economic effect was enormous, we purchase housing materials, electricity, food, vehicles, and much more from cities and municipalities, which supports the economy. Because we pay our fair share in helping the economy I think we should also be able to have a say in where these tax dollars go and what happens with these dollars.”

“My final message was geared toward the Drummond Report,” added Mr. Hare. “It should be opened up to the public for comment and input.” 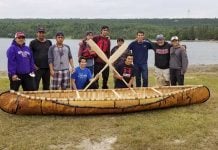 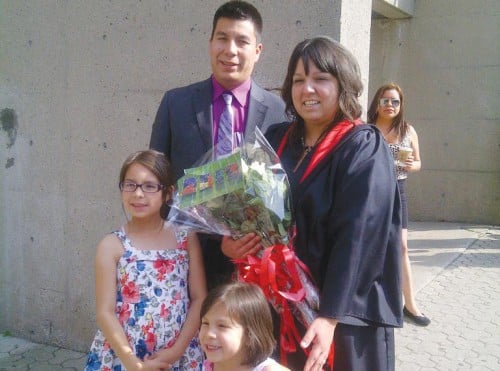 Residential school survivors given opportunity to record their experiences during Truth, Reconciliation event