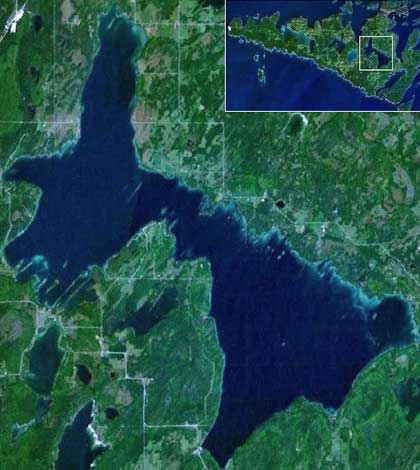 While establishing the environmental credentials behind the M.Sc. after Rob Coulter’s name

This will be to clarify or correct comments made by Mr. Perry Anglin’s letter to the editor of the week of November 27 (‘Lake Manitou resident rebuts ‘scientific’ explanation,’ page 4). As preface, Mr. Anglin’s several references, “Mr. Coulter’s opinion, burden of proof, etc.,” demonstrate that Mr. Anglin either did not read or did not understand what was said: The science has been done by Ministry of Environment (MOE), Ministry of Natural Resources (MNR) and others, and includes decades of research and observation. Lake Manitou Area Association (LMAA)/Mr. Coulter did not invent it or speculate, etc. We only reported those findings, with the hope of clarifying and focussing the related issues. Regarding differences of opinion within LMAA, this is only to be expected in an organization of 230 members with diverse interests and backgrounds. That noted, comments made by the writer to the Manitoulin Planning Board, letters to the editor, etc. have all been reviewed internally and supported by the majority of the association’s directors. On to the substantive matters.

Phosphorus sources: Years of research by MOE and others have shown that the majority of phosphorus loading (and consequent deoxygenation) in rural/recreational lakes arises from septic systems serving the residences and cottages in those lakes’ watersheds. Runoff from agricultural land can contribute additional loading, which should be addressed, where possible, on lands that are still currently tilled. Impacts from “100 years” of historical runoff are far less at-issue. Lake Manitou has a flushing rate of approximately 18.5 years (source: MOE), and much (not all) of historical phosphorus loading will have been flushed from the system (note: the gradual flushing is of only marginal benefit in terms of current, on-going phosphorus loading). If Mr. Anglin has suggestions about filling historical and current sinkholes, he should offer them. In any case, it should not divert attention and political/planning resources from the known, major source of phosphorus loading, septic systems.

Currently approvable septic systems (what Mr. Anglin calls, “modern”) have the same components that onsite systems have always had: a tank, a drainfield, and the native soils down-gradient from the drainfield. What distinguishes “modern” septic systems is the size of the tank and the required separation distance between the drainfield and the lake (= the amount of native soils which can act upon the dispersed effluent).

Oxygen levels: The average deepwater oxygen levels measured in four years’ monitoring (by MOE) were stated in the November 13 letter to the editor: 6.5 mg/L in the east basin and 2.65 mg/L in the west basin. Both the multiple-year averages and all individual profiles were below the 7 mg/L standard set by MNR for the preservation of lake trout fisheries (based on very sound scientific research done by Dr. David Evans of MNR and others). It would be reasonable to discuss “degree of risk” if the oxygen levels were still above 7 mg/L. It is not reasonable when the oxygen levels are already and consistently below the standard that identifies a threshold between (a) non-limiting oxygen levels (7 mg/L and above) and, (b) a range (3-7 mg/L) that has been scientifically shown to cause increasing stress (inhibiting growth, reproduction, feeding, etc.), below which direct lethality occurs.

Mr. Anglin’s assertion that the basis for MNR’s “at capacity” determination was not disclosed leaves one to wonder what he was reading. As noted in our original letter and repeated above, the basis for that determination is the scientifically sound standard of 7 mg/L of dissolved oxygen. His comment that the eastern basin levels are “only very slightly below normal” is his subjective opinion, and somewhat akin to saying that a person who just stepped off a cliff is “only very slightly” off solid ground. The science behind MNR’s 7 mg/L standard has been noted.

Mr. Anglin says that no baseline data was provided (from which to track trends). The baseline condition (i.e. prior to any significant degree of human occupancy/development) would have been the above-noted saturation concentrations, with oxygen levels increasing with depth and decreasing water temperatures (note: the capacity of water to hold oxygen increases with decreasing temperature). Some natural lakes (having far lower relative phosphorus loading and related deoxygenation) do exhibit such an oxygen profile (called “orthograde”), and Lake Manitou would have done so at one time (just basic physical science; not something “Mr. Coulter” claims, dreamt-up, etc.). It no longer does, and it is that reality we must address.

Regarding Mr. Anglin’s note of a government study some years ago concluding the lake could sustain some 5,000 dwellings, that conclusion would have been based on a model (e.g. “Dillon et al”, which was formulated for Shield lakes having a different water chemistry than limestone-basin Lake Manitou) that was presumed to predict the level of phosphorus loading the lake could sustain while still having adequate deepwater oxygen levels. The directly measured oxygen levels (= the thing the model was supposed to predict) clearly demonstrates that the model-prediction was wrong.

Planning/political context: The information provided that naming Lake Manitou as being “at capacity” in the Official Plan (OP) would support MNR/MOE giving Lake Manitou priority (in terms of scarce monitoring resources) is not something “Mr. Coulter/LMAA” dreamt up and suggested. We were told that by MNR staff, and simply reported it. Similarly, the information that naming Lake Manitou as being at-capacity could later be removed as an administrative matter is information provided by the Ministry of Municipal Affairs and Housing (MAH) regional planning office, not something “Mr.Coulter/LMAA” asserted, “argues disingenuously” (etc., etc.). Nor was it LMAA’s suggestion that MPB invite MNR/MOE/MAH to explain their position and the science behind it. It was the planning board that made that request (letter to MNR, dated September 12, 2013). LMAA only supported the planning board’s request.

Mr. Anglin recommends, “a balanced policy of reasonable environmental protection and reasonable development.” Although this is a nice sounding ideal, the reality is that Lake Manitou has already passed the point (defined by sound science) where we can have it both ways. The scope for reasonable development, while providing adequate protection of the species that is representative of high water quality, lay between deepwater oxygen levels of approximately 11.5 mg/L down to the defined limit of 7 mg/L. The currently measured deepwater dissolved oxygen levels demonstrate that the amount of “reasonable” development that the lake can sustain has already taken place, and perhaps then some. It is to be noted in this regard that there are some 120 established, single lots that can be built upon, providing only that they meet current Class 4 (septic) system requirements, which will be additional to the existing level of shoreline occupancy.

An applicable guidance is the saying, “There are no perfect solutions, only intelligent choices.” We wouldn’t be having these discussions if perfect solutions were still available. We are left with making intelligent choices. If oxygen levels should somehow increase to the standard established for the preservation of lake trout fisheries, the “at capacity” designation could be removed from the OP (with whatever degree of difficulty). However, if further development is allowed and the lake trout fishery is lost (with incalculable impacts on the balance of the food chain from the loss of a top predator species), there is no remedy. There is no credible technology fix, and stocking would be doomed by still-inadequate oxygen levels.

We submit that the intelligent, reasonable choice is to establish and practice the planning constraints necessary to (hopefully) preserve a lake trout lake that is already at defined risk.

Rob Coulter, M.Sc.
Lake Manitou Area Association
(248) 217-5618
Mike Costigan, president
Lake Manitou Area Association
(519) 576-1912, (705) 377-6640
Qualifications Note: I originally appended M.Sc. to my name simply to denote that I am qualified to understand the research done by MOE, MNR and others. Mr. Anglin seems to want to make a side issue of that. For disclosure, my Master of Science degree is in the environmental sciences, including aquatic ecology and pollution control engineering. My area of practice for over 30 years has been as a consultant in water pollution control field, including onsite (“septic”) systems, but mainly municipal scale wastewater treatment facilities. I do not pretend to be a fisheries expert, per se, but am sufficiently grounded in aquatic ecology to understand and relay the research done by MOE, MNR and others in that area. 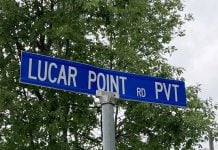 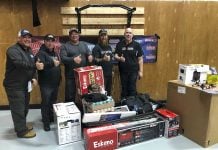 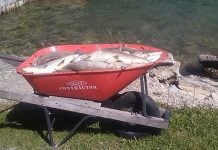