MANITOULIN – There’s no doubt that recreational boating is an important contributor to our economy.

According to the report ‘The Economic Impact of Recreational Boating in Canada’ prepared by the National Marine Manufacturers Association Canada (NMMA), approximately 12.4 million adult Canadians go boating every year. Recreational boating has a GDP impact of $5.6 billion with over $10 billion in total revenues. About 75,000 Canadians are employed by the core of the recreational boating industry while boaters themselves spend $1.4 billion annually on boating trips. That’s a lot of boats on our waters emitting greenhouse gases (GHG) during a climate crisis in need of a sharp reduction of GHG emissions. Should we be concerned? As it turns out, perhaps not as much as you’d think.

Rising sea levels, ocean acidification, water pollution and many additional effects of climate change are impacting the entire boating community of boaters, dealers, manufacturers and marinas, said Sara Anghel, president of NMMA. “Without clean water and healthy and abundant fish populations our community would be unable to enjoy our cherished pastimes, putting countless recreational boating businesses and jobs at risk.”

“It includes everything from arrival at the marina to the gas dock experience to the lighting in the shop and the obvious pieces of recycling and waste management, whether it’s waste oils or simply garbage and recyclables,” said Rick Layzell, CEO of Boating Ontario. “It really does encompass everything.”

The program is undergoing a rebuild with a relaunch as Clean Marine 2.0 expected by spring 2021. The current process contains eight different levels that the marinas can achieve with the highest achievement being the Platinum 5 Anchor status. “Eight levels is far too daunting,” he said. “It’s almost too confusing for anyone to look at.” While details have not yet been finalized, it is likely that the process will be simplified to half as many levels.

“We are the stewards of the water,” Mr. Layzell said. “We have a direct responsibility for creating clean environments around the waters within our facilities. You’ll find most marina operators and most recreational boaters have a pretty passionate commitment to that responsibility.”

The sector has been adapting for over 20 years, said Ms. Anghel, “The marine manufacturing industry has made significant progress toward reducing our emissions and carbon footprint and the industry is constantly innovating and searching for new approaches to make the manufacturing process more environmentally friendly.”

Emissions from marine engines have declined up to 95 percent over the past 20 years and fuel efficiency has increased by more than 40 percent, she said, noting that several marine manufacturers are utilizing advancements in solar technology and energy storage to power boats exclusively on solar energy. “Additionally, marine engine manufacturers are working on alternative propulsion systems that would significantly reduce emissions and maximize fuel efficiency, including hybrid systems capable of replacing gas and diesel engines at slower speeds, which reduces emissions without compromising safety.”

Mr. Layzell agrees. He managed Yamaha Canada’s marine division for almost 20 years. When he joined the company in the early 1990s nearly everything they offered was a two-stroke, he said. Before he left there was hardly a two-stroke motor left in the Yamaha lineup.

He attributes the engine technology on the market today to regulations introduced by the EPA in the United States as well as the California Resources Board and Tier 2 regulations. “That took care of it,” he said. “Engine companies were mandated to clean up the emissions and the engines they were offering on the market so you really can’t buy a dirty outboard right now if you buy a Mercury, Yamaha, Honda or Suzuki. One hundred percent of what they offer is all current emissions rated.”

There are still older motors out there but he doesn’t expect the government will ever mandate that individual consumers get rid of what they have. “I don’t expect we’re ever going to see that but those engines are dying their own death. Certainly, the ethanol that’s unfortunately in our fuel is really hurting those engines.”

The industry is concerned about the draft Clean Fuel Standard under federal renewable fuels regulations and the use of E15, a gasoline blend that contains 15 percent ethanol. Ontario has also indicated its support of E15 in its Made-in-Ontario Environmental Plan and is proposing to increase ethanol levels to 15 percent in regular gas by 2025.

The problem is not confined to boats, Mr. Layzell said. “Every lawnmower, weed whacker, chainsaw, ATV, snowblower, motorcycle, snowmobile, wave runner or boat engine will not run with ethanol.” Part of the challenge is that the fuel sits. It’s not like fuel in a car, he said. People might use a boat for three days and then the boat sits for five or more days because of work and family obligations. “If that fuel sits for two or three weeks, and with snowblowers and lawnmowers it can sit longer than that, the ethanol starts to separate. Ethanol is the first thing that goes into the injectors and it plugs the injectors. There’s nothing in boat engines that will work with ethanol. Nothing.”

“We are in no way saying we want to be dirty,” he added. “The industry is by no means saying we don’t want to run clean fuel but if we continue to jam E15 into weed whackers and lawnmowers and snowblowers we’re all going to have problems. You go to any small engine shop right now and they will tell you that 90 percent of the work they’re doing is repairing carburetors and injectors on small engines. It’s all because of ethanol.”

A recent survey by the publication Boating Industry indicated that 92 percent of respondents have seen damage to boat engines caused by higher blends of ethanol. Mr. Layzell recommends using high test unleaded gasoline and treating the fuel with an over the counter ethanol-specific fuel stabilizer as an inexpensive preventive maintenance. “If you just jam regular grade ethanol-based fuel into that equipment it will not run. You will at some point have problems.”

NMMA and Boating Ontario are urging the government not to consider blends above E10 and if they do proceed, both organizations agree there needs to be labelling and well-identified separate pumps (as with diesel) so that it is not used for boat engines or off road vehicles. Proper communication and education are essential, said Ms. Anghel.

The industry is currently working with regulators in North America to develop biobutanol, which is a cleaner and more efficient fuel additive than ethanol blended fuels like E15, said Ms. Anghel.

They are recommending the use of bio-isobutanol (BI) to regulators as a safe, efficient and environmentally-friendly alternative to E15 that is highly compatible with marine products. While both are derived from fermenting corn, BI is not corrosive like ethanol and behaves more like regular gasoline. Added to gasoline, BI can result in lower evaporative emissions. Eight years of extensive tests and published peer reviewed tech papers on BI found that when used in marine engines at up to 16.1 volume percent in gasoline, it produced no more emissions than E10 and did not result in any boat fuel system, engine or emissions failures throughout the years-long evaluation period.

Discussions have been on hold in both Canada and Ontario since the beginning of the COVID-19 pandemic, said Mr. Layzell. 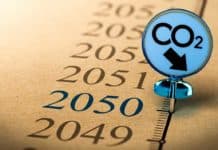 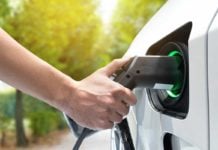 Cap and Trade: what is it all about, anyway?