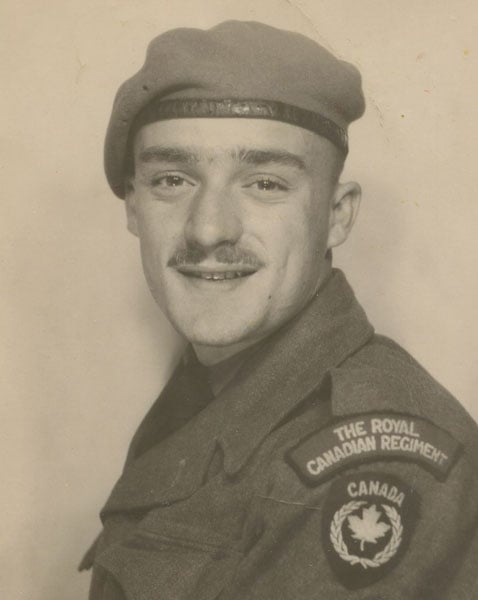 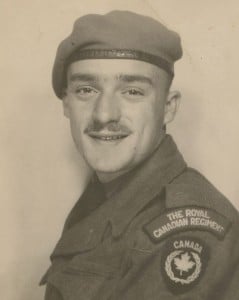 THE SLASH—Red Butler has many recollections of his time serving in Korea during the conflict often referred to as “Canada’s forgotten war,” but through all of the horror and suffering of war, it is the heartwarming story of a life saved that comes most vividly to his mind as he spoke to The Expositor on the eve of the initial screening of a History Channel documentary featuring his experiences.

“There was this one young (Korean) fellow who used to stand at the end of the dinner line in our mess,” he recalled. “He looked after the dishes and all he wanted in return was to be able to eat whatever was left. He was doing what he needed to do to survive.”

The young man was an orphan whose parents had been killed during the bombing and shelling of the war. “He stayed with us until we were ready to leave,” said Mr. Butler. But when it came time for the regiment to rotate out of the line, they quickly realized that they would not be able to take their young helper home with them.

“We took him to an orphanage, but the sister there said ‘we are overwhelmed with orphans’,” he said. “She told us that if we could bring some money with us to help support him, they would take him in.”

A quick canvas of the messmates in the regiment soon raised several thousand dollars. “It was about $3,000 or so,” said Mr. Butler. The reaction of the sisters at the orphanage was electric. “‘This is a godsend’ they said,” he recalled. “This was enough money to not only provide for his food, but it would give him an education as well.”

In the years after the war, the young man would go on to acquire an education and eventually became the head librarian at Insheon, Korea.

Years later, Mr. Butler was reading a story in Readers’ Digest about the young man’s story when it hit him. “‘That’s Willy!’ I said to myself,” he said.

An opportunity to travel to Korea came several years later, and Mr. Butler and his wife joined a group of veterans who travelled back to Korea. “We asked our guide if he could make a call to see if we could find him,” he said. When they told him the name of the person they were seeking was No Nang Ju, the guide laughed. “Apparently that name is the Korean equivalent of John Smith. When the guide made the call, which cost about $20 Canadian, an animated discussion erupted between the guide and the person on the other side of the phone. “You know when Koreans are talking it sounds like they are angry.” But it wasn’t anger he was hearing expressed, it was dumbfounded surprise. “That first fellow that answered the phone was Willy,” said Mr. Butler.

The veterans invited their old compatriot out to lunch, picking up the tab. “We paid for his lunch,” laughed Mr. Butler. “Imagine our surprise when we found out the tab came to about $38.”

Mr. Butler said that revelation drove home the generosity of the Korean people, since the cost to him and his wife for the trip to Korea and back, including tours and side trips, was barely $1,500 all in.

Mr. Butler was very lucky to have had the opportunity to return to Korea instead of being buried there. In fact, the telegram announcing his death had already been written and sent on.

“There were about 28 of us on the outpost when we were overrun,” he said. “I got caught between the lines.”

Mr. Butler had laid down covering fire from his bren gun emplacement to allow his teammate on the gun to escape. When the other soldier looked back, it was just in time to see several grenades explode in front of Mr. Butler’s position.

“The grenades landed against the sandbags in front of me and I got blown back. The next day, when light broke and they pulled back, I made my way back to our lines,” he said. “I stayed through the night playing possum.”

When Mr. Butler wandered into the kitchen back at the base, he created quite a sensation. “The gunner was there and his jaw just dropped,” he said. “The guy said to me ‘I just reported you killed in action’.”

Mr. Butler did not get off unscathed, although his wounds were not fatal by any means. “I got something on by backside,” he said. “Some minor shrapnel, nothing that would stop me.”

Mr. Butler’s story is contained in ‘28 Heroes.’ The History Channel commentary on the episode says that “‘28 Heroes’ is the story of one platoon’s incredible feat of arms in repulsing a massive Chinese force intent on retaking their lost positions. Told in the first person by Korean War veterans Lt. Ed Mastronardi and Pte. Red Butler—‘28 Heroes brings to life the harrowing exploits of 2nd platoon, “A” company of the 2nd Royal Canadian Regiment as they fight to hold the vulnerable “Songgok” outpost in the face of repeated Communist attacks. With only 28 men, Ed Mastonardi and his platoon manage to hold out for 10 hours—against hundreds of Chinese attackers—and thwart a major communist offensive.”

Mr. Butler attended a pre-screening of the documentary containing his story in Meaford on November 4. Many of Mr. Butler’s mementoes are on display at the Billings Remembrance week display running until Remembrance Day itself, including the receipt from lunch with Willy. 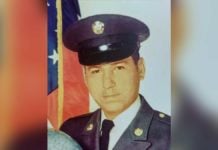 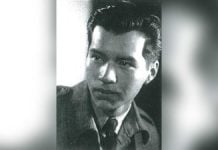 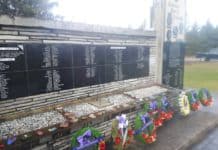 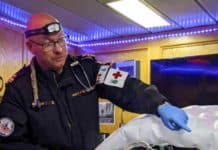 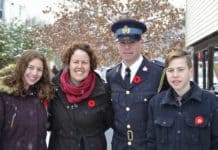