MANITOULIN—Dresses, shirts and toddlers’ clothing, all a stark red in colour, fluttered in the cool autumn breeze as they hung from Little Current’s iconic swing bridge on Sunday—an installation inspired by the Winnipeg-based REDress Project which began five years ago and has since gone national. 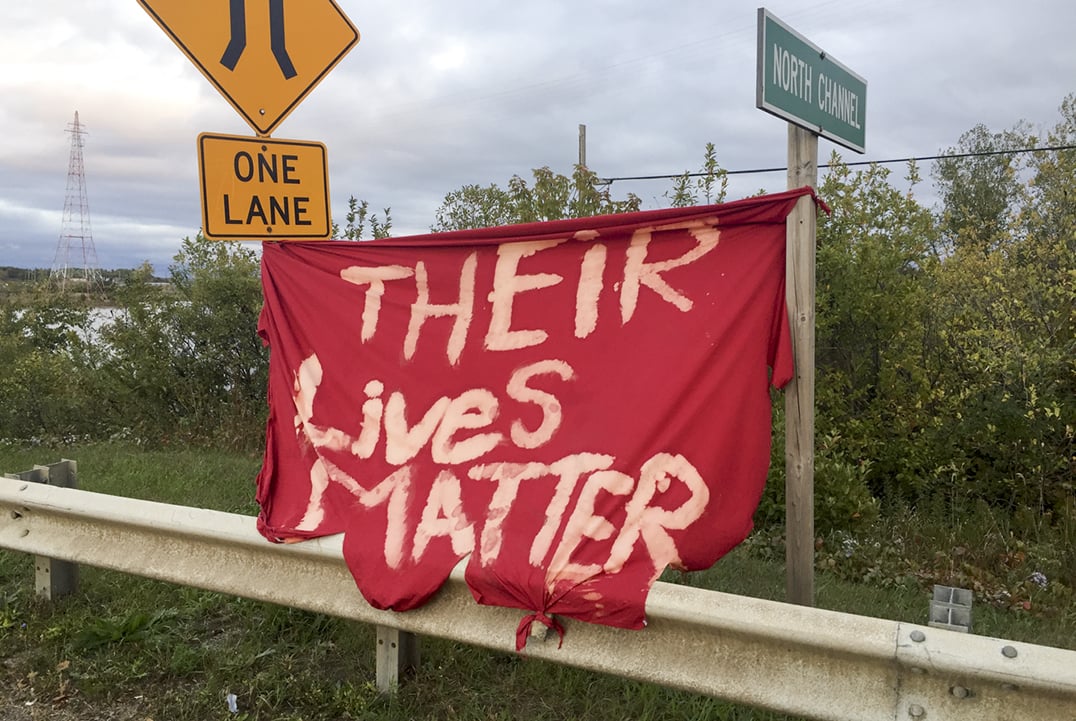 A call from Winnipeg Métis artist, Jamie Black, to hang red dresses across the country to symbolize Canada’s missing and murdered aboriginal women and girls, reached Manitoulin Island on Sunday, October 4 thanks to the Anishnabe Youth Warrior Society. Dresses were dotted across the Island landscape, the most striking perhaps on the swing bridge for those coming on and off Manitoulin, both by land and water, as well as two banners which read ‘Their Lives Matter’—one facing the roadside, the other the water. 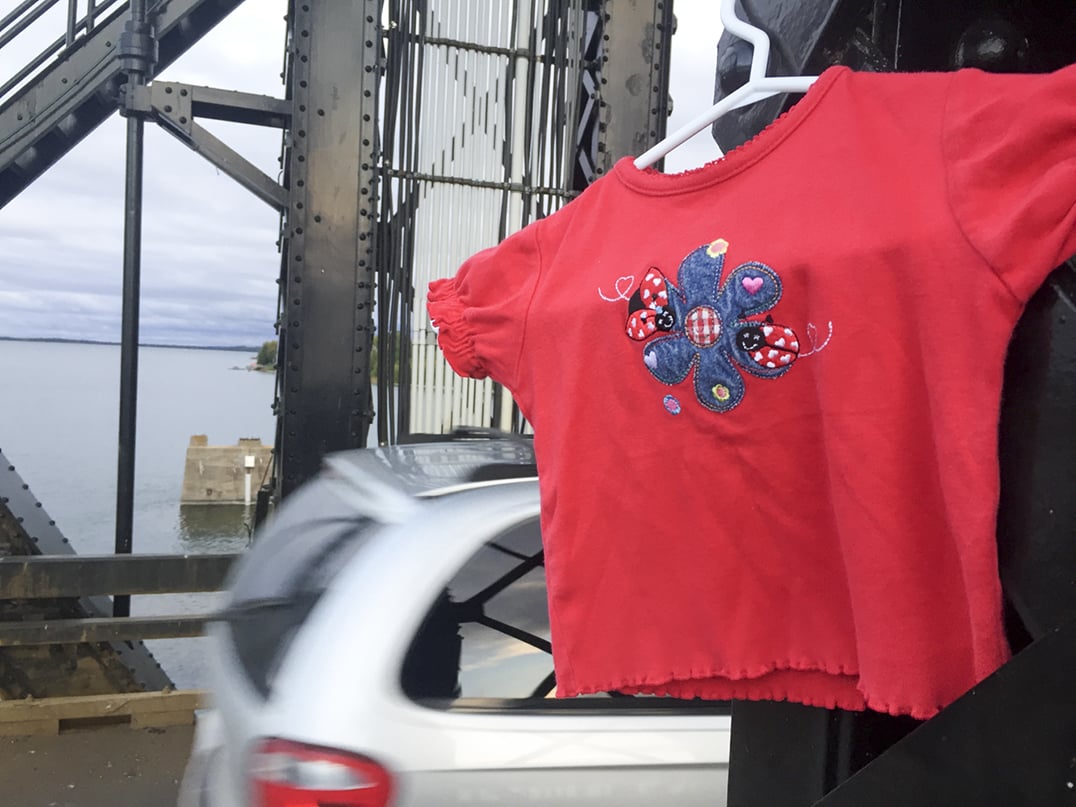 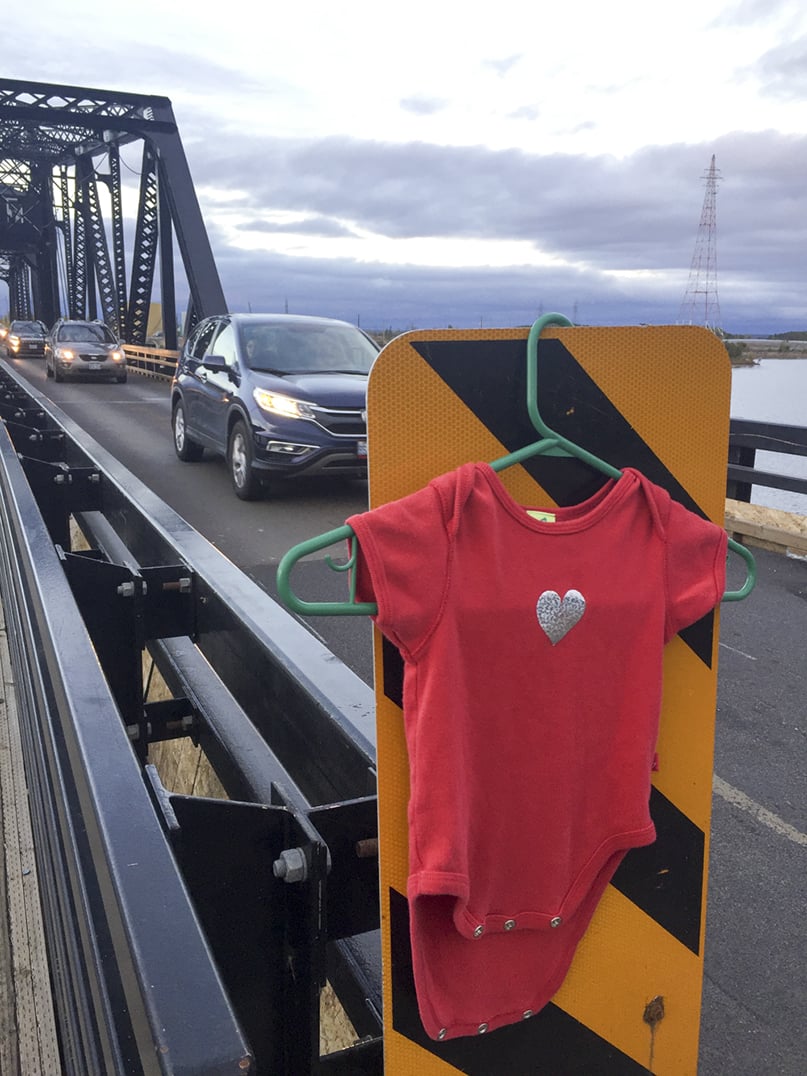 The red dresses hung from public spaces are meant to act as a reminder of those women who are no longer present. Almost 1,200 First Nations women have been murdered or declared missing in the last 30 years, according the the Royal Canadian Mounted Police.

This newspaper posted three photos of the swing bridge installation to its Facebook page Sunday evening. By Monday morning the photos had been seen almost 70,000 times, shared over 700 times and ‘liked’ by almost 1,200 people. The photos were also accompanied by some good discussion on the topic. Clearly, this subject strikes a deep chord with Manitoulin and the nation as a whole, especially with an election looming and, with it, calls for a national enquiry into missing and murdered aboriginal women and girls.

OPP request public to shelter in place of safety

Press Release - October 11, 2021
(BILLINGS TOWNSHIP, ON) - Members from the Manitoulin Detachment of the Ontario Provincial Police (OPP) are currently investigating an occurrence on Main Street, Billings Township. The OPP...