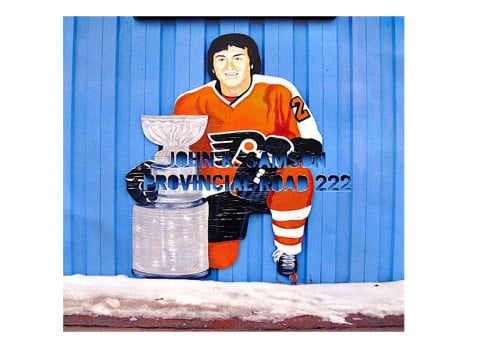 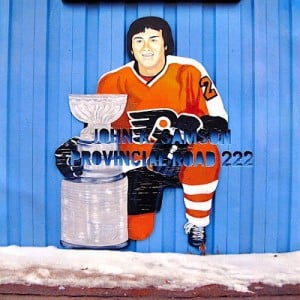 MANITOBA—Winnipeg musician John K. Samson, known for his role as frontman of the Canadian band The Weakerthans, launched a new album last month titled ‘Provincial,’ featuring a song about the community of Riverton, Manitoba and its petition to have their hometown hero, and current Manitoulin resident, Reggie Leach, inducted into the Hockey Hall of Fame.

The song ‘Petition’ originally appeared on Mr. Samson’s three-song EP, Provincial Road 222, which was released in September of 2010.

The Expositor spoke with Mr. Samson last week about his song ‘Petition’ and the release of his new album.

“My parents have a place in Gimli, Manitoba in the Interlake area,” began Mr. Samson. “Riverton is a very interesting spot. A hauntingly beautiful town.”

Mr. Samson explained that Provincial Road 222, which runs up the side of Lake Winnipeg, leading to the town of Riverton, became the inspiration for his album.

While working on his EP, Mr. Samson was humbled by Riverton’s pride for Mr. Leach. He explained that the former NHLer’s success had a strong presence in the town, from a hockey arena and street being named after him, to murals and a town petition to have Mr. Leach inducted into the Hockey Hall of Fame.

Riverton’s passion to have its hometown NHL player recognized resonated with Mr. Samson who had always had a “soft spot” for Mr. Leach.

“I was too young to watch him during his NHL days,” Mr. Samson told The Expositor. “I’ve always been a Montreal Canadiens fan, but Reggie is such a natural player and has overcome a lot. He is just a really fascinating figure.”

“His career was cut short due to his illness, but even during his relatively short career he stood out as an exceptional player,” he said.

Mr. Leach was drafted third overall by the Boston Bruins in the 1970 NHL amateur draft, playing 13 seasons in the NHL with the Boston Bruins, California Golden Seals, Detroit Red Wings, and the Philadelphia Flyers, winning the Stanley Cup with the Flyers in 1975.

Most famously, Mr. Leach was one of the few players to win the Conn Smythe Trophy as the most valuable player of the Stanley Cup playoffs in 1976, as a player on the losing team. During that season he also set a record for most goals scored in a single playoff season with 19 goals.

Mr. Leach retired from the NHL in 1984 and began ‘Shoot to Score Hockey’ with his son Jamie Leach, also a retired NHL player. ‘Shoot to Score Hockey’ offers hockey programs such as training camps to remote communities to “help youth enhance their talents, achieve their goals and start a relationship with your community now and into the future,” according to their website.

Also a part of their programs is a ‘Life Choices’ session, where Mr. Leach speaks about his own struggle with alcohol and encourages youth to stay away from drugs and alcohol.

“Reggie has invented moments on ice,” continued Mr. Samson, “in addition to becoming a role model. His history with the game and community work justifies praise.”

As well as writing the song ‘Petition,’ Mr. Samson started his own online petition calling for Mr. Leach to be inducted into the hall of fame.

“We, the undersigned, put forth his name,” the song begins. “Whereas Reggie Leach was born and played. Minor hockey back in my hometown. The Rifle fired his first five hundred here. Slapped his way into the NHL.”

“Right now it’s at around 800 signatures,” said Mr. Samson. “Last week alone it jumped by 300 with the release of ‘Providence’.”

When asked if Mr. Samson had met Mr. Leach, Mr. Samson shared a story of meeting the ‘Riverton Rifle’ while performing in Whitehorse last year during CBC’s Hockey Day in Canada.

“I was performing ‘Petition’ and then Reggie was brought onto the stage,” said Mr. Samson. “It was a great thrill.”

Mr. Leach remembers the meeting as well, explaining that it was very humbling.

“I was there for Hockey Day in Canada,” began Mr. Leach. “I was invited up there to represent First Nations hockey players and to surprise John. They kept us away from one another, John didn’t even know I was there. As he was finishing up the song, I walked onto the stage.”

Mr. Leach told The Expositor that he thought the song was wonderful and was honoured that someone believed in him enough to recognize him in that way.

“It’s always nice when people believe in you,” explained Mr. Leach. “It is a wonderful feeling to have people still trying to get you into the Hall of Fame. Even if I don’t get in, it’s just great to have all these people signing it, behind it, behind me. Their support is my Hockey Hall of Fame.”

Mr. Samson will begin a solo North American tour promoting ‘Provincial,’ starting in Kingston on March 7 and wrapping up on April 14 in Saskatoon.

Throughout his tour, which features over 30 shows, Mr. Samson said he will be promoting the petition.

“Hopefully it gets lots of support through the tour,” said The Weakthans lead singer. “I’m hoping to combine the finished petition with others for Reggie and submit it to the Hockey Hall of Fame.”

Mr. Samson advocated that the Hall of Fame’s selection process should be more open and transparent.

“They should listen to the fans,” added Mr. Samson. “I’m optimistic that we can get lots of signatures and that if we get it into the right hands, give Reggie Leach the recognition he deserves.”

To learn more about ‘Provincial’ or to purchase the album visit www.anti.com/artists/view/75 or to sign the petition visit www.ipetitions.com/petition/rivertonrifle/. 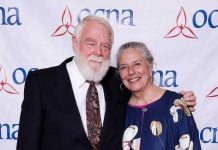 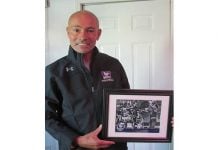 Local basketball star inducted into the UWO Hall of Fame 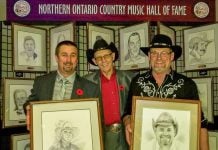 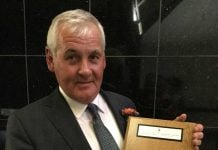 Mike Noble inducted into the Sudbury Sports Hall of Fame