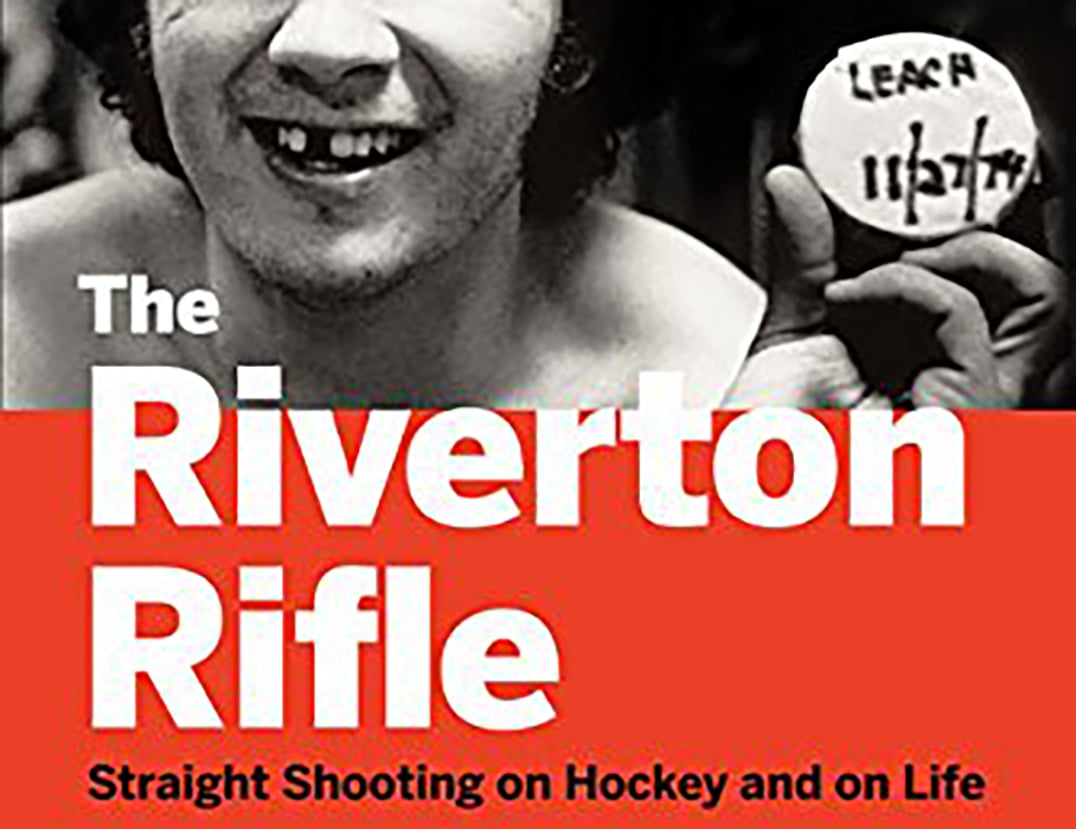 RIVERTON— Retired NHL player Reggie Leach released his biography this past weekend,  ‘The Riverton Rifle: My Story—Straight Shooting on Hockey and on Life,’  in his home town of Riverton, Manitoba, surrounded by family and his biggest supporters.

Mr. Leach was drafted third overall by the Boston Bruins in the 1970 NHL amateur draft, playing 13 seasons in the NHL with the Boston Bruins, California Golden Seals, Detroit Red Wings, and the Philadelphia Flyers, winning the Stanley Cup with the Flyers in 1975.

Most famously, Mr. Leach was one of the few players to win the Conn Smythe Trophy as the most valuable player of the Stanley Cup playoffs in 1976, as a player on the losing team. During that season he also set a record for most goals scored in a single playoff season with 19 goals.

Mr. Leach retired from the NHL in 1984 and began ‘Shoot to Score Hockey’ with his son Jamie Leach, also a retired NHL player.

“I’ve been tossing the idea around (of writing a book) for a lot of years,” Mr. Leach, who resides with his wife Dawn in Audeck Omni Kaning First Nation, told The Expositor last week.

He was finally pushed to write the book after being encouraged by a friend, and was connected with Grey Stone Publishing in Vancouver who expressed interest in the prospect.

“That was 15 months ago and it’s been a lot of work,” said Mr. Leach. “The hardest part was going back so many years and talking to people in my hometown, making sure I get everything right. I also worked with a great ghostwriter out of Toronto to help me tell my story. My wife Dawn really helped out a lot too. She knew how to pull stuff out of me—it was a lot of fun working together. After we got it all written it was a lot of back and forth with the publishers. It was a relief when it was finally all finished.”

“The story follows me from growing up in my home town (Riverton) and goes from decade to decade from my years with the Bombers (the Flin Flon Bombers, MJHL) to my NHL years. The book is a lot of hockey stories, but its main focus is about the life choices people make,” said Mr. Leach referencing his struggles with alcoholism and his almost 30 year sobriety. “You read too many books where people blame everyone else for their mistakes, but I focus on the fact that whatever choices I made, I made them. Good or bad, you need to own your choices.”

“I’ve dedicated this book to my grandkids and to all kids,” said Mr. Leach. “I am launching the book this weekend in my hometown of Riverton. Riverton is my community, where I grew up and where I was supported. They have always been so wonderful me, they named a street after me and an ice rink. I am very proud to be from Riverton. The people there launched my career. It takes a whole community to get someone into the NHL, from the parents, the coaches to the hockey moms who fundraise—everyone works together as they did for me.”

Mr. Leach held a hockey camp in his home community, in addition to a community feast to celebrate the launch of his book.

The Riverton Rifle is beginning a national book tour for ‘The Riverton Rifle: My Story—Straight Shooting on Hockey and on Life,’  which will be available on November 10 online and at bookstores across Canada and the US. The Expositor is also accepting advance book orders and will be hosting a book signing on Thursday November 12 at The Manitoulin Expositor office in Little Current from 4 to 7 pm.  To reserve your personalized autographed copy for $35 plus 5 percent tax call 705-368-2744.