Over 150 pieces of art discovered in a non-profit’s basement, 28 of those belonged to Carl Beam

“This recent discovery during this year of significant hardship has been a very welcome surprise,” said Bill Griffis, the centre’s executive director, in a news release.

Island artist Anong Beam (daughter of the late Carl Beam), called the discovery of her father’s art, “great news and good luck. If the friendship centre displays the art it would be good for the community.”

“It is certainly better the art was found than not being found. Its awesome,” said Ms. Beam. “These pieces obviously have a life of their own.”

CBC News reported the art had originally been donated to the non-profit organization in Whitehorse back in 1997, but was forgotten over the years as staff left. Among the pieces found, 28 belonged to well-known contemporary artist Carl Beam. The other 155 pieces were created by Stephen Snake and other Indigenous artists.

Mr. Griffis said the next step is to determine the value of each piece. “Each one (of Mr. Beam’s art pieces) has an appraisal certificate with them. Part of the process is to figure out what the value is now because we have a collection (and) there may be some historical value to it.”

As one of Canada’s most ground-breaking Indigenous artists, the art from Carl Beam is of particular interest, reported CBC. He was from M’Chigeeng First Nation and passed away at the age of 62 in 2005.

Mr. Beam had a significant impact on the Canadian art sector. His work, which ranged from plexiglass to canvas and other media, provoked conversations about the Indigenous experience of injustice in Canada.

Mr. Migwans said Mr. Beam’s work has a powerful message that is even more relevant today.

“He’s basically preserving those kinds of snippets in this time, and it’s kind of like how he perceives the world to be and what his take is on it. And then in the future, people will see  what was going on here from his perspective,” he told CBC News.

Towards the end of his life, Mr. Beam started to talk more about what life could be or what life is all about, said Mr. Migwans.

Mr. Migwans said art is used to tell a story and capture a moment in time. He added that most of Mr. Beam’s work came from his anger from residential school and injustices toward Indigenous people.

Carl Beam was the first Indigenous contemporary artist featured at the National Gallery of Canada in Ottawa.

“He did it on his own in his own way. Not as a First Nations artist, but as a contemporary artist, which means he’s just like anybody else,” Mr. Migwans told CBC News. “He’s not under the guise of First Nations or the idea that he’s entitled to something because he’s First Nation.”

Some of the found art will be sold to the public and some to private galleries across Canada.

The remaining pieces will be part of a silent auction from December 4-14. 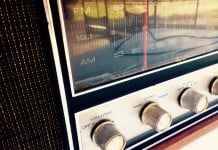