MCGREGOR BAY – Dr. Patricia Chow-Fraser has been conducting research in Georgian Bay since 2004. She knew that based on the geology of the area, there were many coastal wetlands that had never been mapped. With help from the Georgian Bay Association, the researchers were matched with host families while they conducted their surveys. In 2019, while staying with John and Gillian Woodrooffe at their cottage in McGregor Bay, the subject of Blanding’s turtles arose. Based on their stories and photos, Dr. Chow-Fraser realized there was a never-before documented population of the threatened turtle in the area. That was the beginning of the McGregor Bay Stewardship Plan to protect the at-risk Blanding’s turtle.

Dr. Chow-Fraser and master’s student Reta Meng applied for and received funds from the Habitat Stewardship Protection Fund (HSPF) to carry out a scientific study over a two-year period that will involve cottagers of the McGregor Bay Association (MBA) and youth from Whitefish River First Nation (WRFN). “We thought there might be some spotted turtles and Blanding’s as well but we only knew for sure there were map turtles in the area, because we had seen them. The (HSPF) program is specifically to allow public outreach, education and conservation work with cottage associations and First Nations,” she said.

The application was the perfect mix of science and collaboration and it is considered a high priority to map habitat in areas that had not been documented. In addition, the Town of Northeastern Manitoulin and the Islands will accept a final report, Dr. Chow-Fraser added. “We are going to meet with the township at the end of the project to present our findings to them to be added into their Official Plan.”

The hope is that the Official Plan will include information about species at risk if they are located there. “That means any habitat that is used for breeding or overwintering for turtles in particular, would be considered critical habitat and they should try to protect that.”

McGregor Bay is located near the northern extent of where Blanding’s turtles are found. It’s a unique setting because of all the islands located there. “This is an archipelago and most of the studies that have taken place have been inland, not on any island,” explained Dr. Chow-Fraser. “We conducted a study on Beausoleil Island (near Honey Harbour). Because it’s a fairly large island, that population behaved like a terrestrial population would.”

The research team is interested in knowing whether the Blanding’s turtles swim between islands and if they hop from island to island within their home range. “If that is the case, we want to make sure that boaters are not going to hit them. The propellors will damage the turtles when they’re swimming around. Secondly, because it is a threatened species, every population needs to be studied and protected. We also want to educate the public,” she added.

Blanding’s turtles are an umbrella species. This means that protecting the habit for Blanding’s also protects that habitat for many other species. “We’ll be able to preserve and protect the habitat for other turtles as well as snakes,” Dr. Chow-Fraser said. It’s important to protect wetlands in general but they are offered better protection if used by a species at risk. “Whenever possible I try to get in there and mark the territory as being habitat of a species at risk. Unless it’s on the map, it doesn’t count.”

There are eight species of turtles in Ontario and seven of them are at risk. There are three different levels: species of concern, threatened and endangered. There may be endangered spotted turtles within the Blanding’s home range as they utilize very similar habitats. If there are, the public won’t hear about it: the law requires silence on the location of an endangered species to avoid drawing attention to them. Both map and musk turtles have been found in the area but neither are at the threatened stage. “A lot of our work has contributed to downlisting some of the turtles because we found enough of them in Georgian Bay that they said they’re not as uncommon as we thought. There’s a double-edged sword there,” Dr. Chow-Fraser said.

Loss of habitat and change of habitat are the largest reason for these turtles being at risk, followed by being killed on the roads. Satellite images of a study site located on eastern Georgian Bay indicate that a lot of smaller wetlands are disappearing, she said. The wetlands are becoming larger pools because of precipitation patterns and less winter snow cover in some years. “A lot of the turtles actually use the smaller wetlands that aren’t quite as deep and that might have implications for them.” None of Dr. Chow-Fraser’s studies have a long enough time period that would allow her to comment on whether climate change is affecting turtles. “We’re just doing the studies now. We’re basically saying that habitat is changing. There aren’t that many studies that have lasted decades in terms of tracking, especially in this area.”

That’s one reason why this is such a great project, she noted: If the McGregor Bay Association and WRFN agree to it, there will always be somebody tracking these turtles. Anyone who would like to get involved in the project can contact Dr. Chow-Fraser (chowfras@mcmaster.ca) or Gillian Woodrooffe (gwoodrooffe@gmail.com). Dr. Chow-Fraser is hoping that COVID-19 restrictions will ease up this summer to allow larger groups. She hesitated to provide a schedule other than to suggest work would continue later in July. All work must be undertaken within provincial COVID-19 guidelines, but ideally, “we would come up and give a couple of seminars to tell people about the research. We would take anybody interested in tracking onto one of the islands where we could track together in groups of five or six.”

Master’s student Reta Meng will be on site between May 31 and June 8 investigating the Blanding’s populations in the area. “From what we could find so far, there is a larger population than anticipated,” she said. “We are finding lots of turtles every single day. There’s a lot of diversity. We’ve seen map turtles, snapping turtles, all sorts of different species. What I am doing helps to understand their habitat usage and their behaviour within the area. McGregor Bay is actually a little bit different from a lot of other wetlands down south and in the more southern shores of eastern Georgian Bay where there are a lot more enclosed and upland wetlands that may be surrounded by a forest.” McGregor Bay has some coastal marshes but they are mostly open and connected to part of the larger bay. Blanding’s turtles are not known to use a lot of open water. “That would be interesting, to see if the turtles that I’ve tagged and can track using radio telemetry would be using open water or not.”

There are six turtles with tracking devices on them now, three males and three females. “We can follow them where they go,” said Dr. Chow-Fraser. The turtles move up to several kilometres within their range. The transmitters emit a unique frequency for each turtle that is picked up by the receiver. “We home-in on that signal and find the turtle. That would be one data point.” The researchers need at least a dozen data points over the two-year project but are hoping for 26 to 30 point locations for each turtle. GIS is used to create a home range for that individual. By combining individual home ranges, researchers can create a population home range. They will look to see where each turtle spends 50 percent of their time within the home range. “That would be considered an important area for them. We would also know the areas where they breed, where they mate, nesting areas where they lay their eggs and also where they are overwintering. These are all really, really important.”

Ms. Meng is also looking forward to the outreach and engagement aspect of the project, with WRFN as well as MBA. She is currently working with Alexis McGregor from WRFN. “Alex is interested in learning more and during the time I’ve been away, she’s been helping me track my turtles. We’ve started with a little local engagement but because of the pandemic it’s been very limited.”

“We’re hoping to engage the First Nations communities in the area and it’s great that Alex is already on board,” said Ms. Meng. “Next year we can engage even more youth or individuals that might be interested.” The ultimate goal is to allow McGregor Bay to be a protected area that is a safe haven for these freshwater turtles, she added. “We know that they do use the area. There’s a lot of great habitat. There are cottage developments up there but there haven’t been any detrimental or landscape changes and we really want it to stay that way. The research in this area could potentially lead to that in terms of creating a protected area in McGregor Bay. Protecting them through policy and engagement would be wonderful as well.” 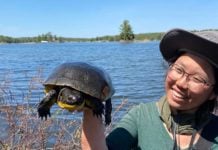 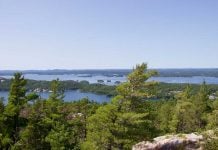 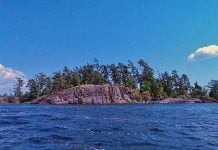 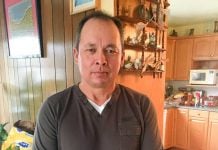