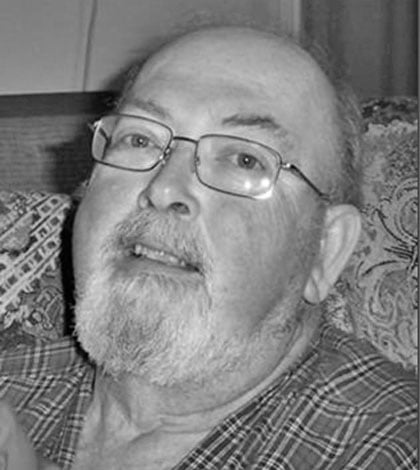 In loving memory of Rick Belton, a resident of Mindemoya, who died at the Manitoulin Health Centre, Mindemoya on Tuesday, December 31, 2013 at the age of 63 years. He was born in St. Catharines, Ontario, son of the late Roy and Pearl (Wyatt) Belton. Rick was retired from his job as a Social Worker, but still kept active in a number of businesses and thoroughly enjoyed driving school bus. He attended the University of Western Ontario, Kings College, and attained his Masters at the University of Windsor. Rick was very active in the Masonic Lodge and the Shriners, the Hillbilly Shriners as well as the Central Manitoulin Lions Club. He also enjoyed hunting and fishing. As a young boy, Rick was an active Boy Scout, and as he got older, moved on to the Rovers. This group was a large part of Rick’s life and he will be missed greatly by his Rover family. His most precious time was spending time with his family, especially grandchildren. Rick is survived by his beloved wife Linda (Andrew) Belton. Loving and loved father of Rebecca of Toronto and Andrew and his wife Vanessa Hill also of Toronto, grandson Alastor and foster son Wade Seaward and his wife Lee Ann and their daughter Jennifer. Dear brother of Ann McFadden (husband Bill predeceased), of Granton, Joan Taylor (husband Terry predeceased) of London, Beverley Harper (husband Ralph) of London and sister Barbara Ryan (predeceased) of London (husband Bob). Also survived by many nieces, nephews, great-nieces and great-nephews and cousins. The funeral service to celebrate Rick’s life was conducted at the Mindemoya United Church on Saturday, January 4, 2014 at 11 am with Rev. Hugh MacDonald officiating. Friends called from 9:30 am until time of service. If so desired, donations to the Mindemoya United Church, the Mindemoya Hospital Auxiliary or the Cancer Society would be appreciated. A Masonic Memorial Service was conducted at 10 am. Online condolences may be left at www.culginfuneralhome.ca. Culgin Funeral Home, Gore Bay ,705-282-2270.