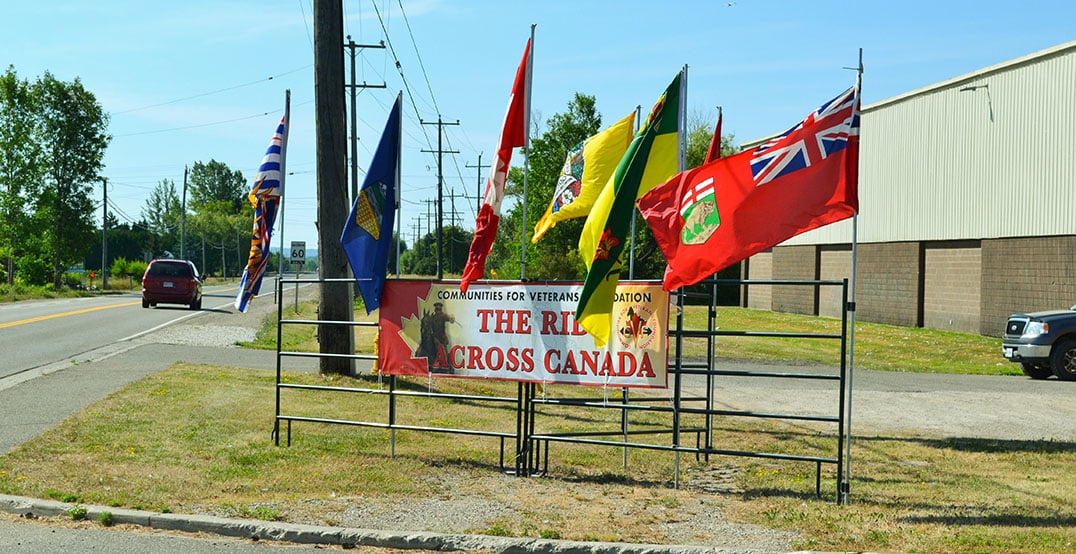 LITTLE CURRENT— The Communities for Veterans Foundation made a stop in Little Current this week during their horseback Ride Across Canada to raise awareness for ‘contemporary veterans.’

“My husband Paul and I started the foundation (Community for Veterans Foundations) just over a year ago,” explained Terry Nichols. “We wanted to organize this ride across Canada to raise awareness for contemporary veterans. A lot of the time when Canadians hear ‘veteran’ they picture a 93-year-old WWII veteran, but there have been three generations since WWII that have been protecting and serving our country. The actual average age of a Canadian veteran is 46, which is Paul’s age.”

Ms. Nichols shared with The Expositor that when her husband returned from serving in Croatia in the early ‘90s he had difficulties transitioning back into civilian life.

“It was hard for him to go from a warzone to a community in British Columbia without any military connection,” said Ms. Nichols. “Also, because he was young he wasn’t recognized as a veteran. He was told he wasn’t ‘a real veteran;’ people asked him whose medals he was wearing and he wasn’t served at veteran dinners. What happened to Paul unfortunately isn’t uncommon.”

The Communities for Veterans Foundation Ride Across Canada started on April 13, leaving from Victoria, travelling across the nation and stopping in various communities along the way, with the ride ending in St. Johns, Newfoundland on November 9.

In each community organizers ask veterans to join Mr. Nichols for a leg of the ride. Ms. Nichols is a therapeutic riding instructor, and each veteran receives a riding lesson prior to riding one of the team’s horses.

“Up until this point in the ride we have had over 170 veterans ride with us,” Ms. Nichols said. “It has been really powerful for the communities, the veterans and us. For many of the veterans it’s the first time they have worn the title of ‘veteran’ proudly.” 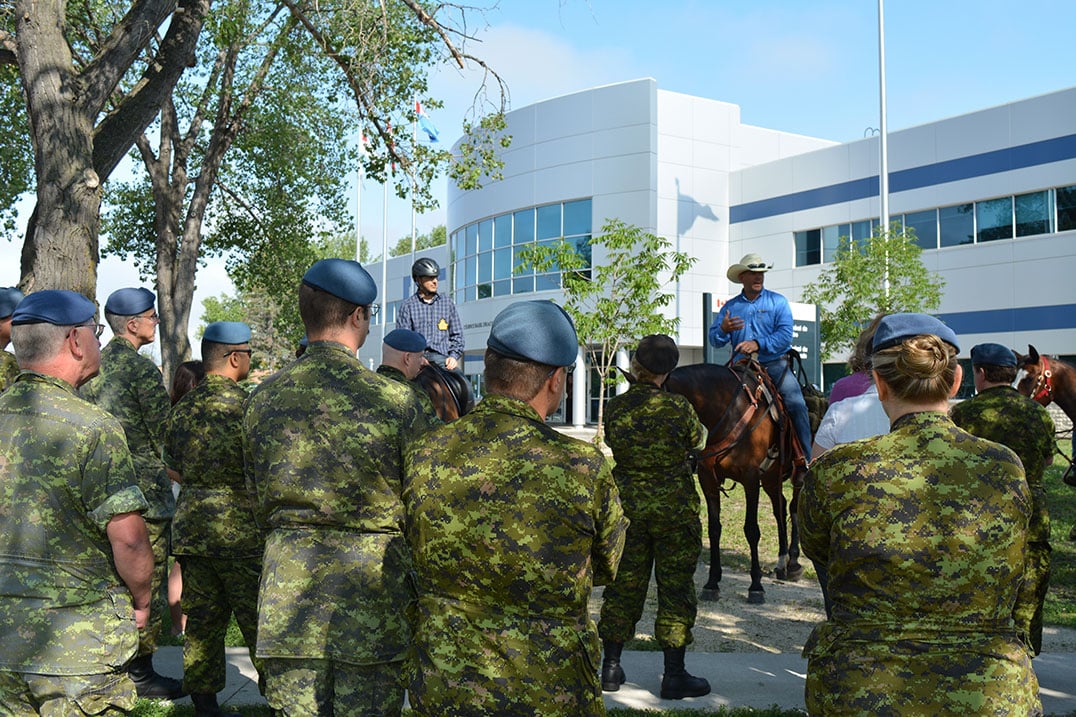 “What we have heard from a lot of the veterans is that they were okay while serving because they had people around them with shared experiences and support, but when they left the military and went back to their community, it was hard for them. They aren’t recognized as veterans and people don’t understand what they have been through so many of the veterans find it difficult to fit in. They have a lot of challenges fitting in to new jobs, their families and back into the communities that don’t understand what they have been through.”

“Our goal with the ride is to show the faces of contemporary veterans,” continued Ms. Nichols. “We are trying and translate a deeper understanding of who contemporary veterans are and what kind of support they need, not just from the government, but from our communities.”

The Ride Across Canada group was scheduled to take the Chi-Cheemaun to Tobermory on Wednesday, July 29, travelling to Owen Sound next.

To learn more about the Communities for Veterans Foundation or the Ride Across Canada (and to see what communities they will be visiting), visit www.communitiesforveterans.ca or follow the ride on Facebook and Twitter.