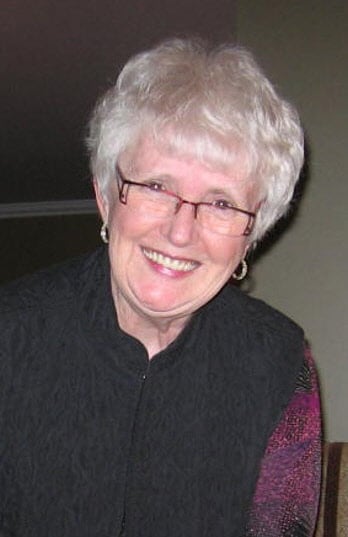 RITA CAROL WESSEL AUGUST 25, 1944 – JANUARY 30, 2018 Rita Carol Wessel, 73 went to be with Jack and Jesus on January 30, 2018, after a graceful passing at home, surrounded by her family and the prayers of her church friends, just as she wanted. She was born August 25, 1944 in Sudbury, Ontario to Don and Christena Richardson (both predeceased). Carol came into this world a blaze of red hair and freckles, always full of spunk, Carol did, and truly enjoyed many things, most notably camping, gardening, moving houses, decorating (changing around the furniture – constantly!), being on the water or in the bush, watching the birds and nature around her, picking rocks on the beach, and most importantly time with family and friends. Over her life, Carol experienced many things that shaped her into the beautiful woman that will be fondly remembered by many. If you asked her, she would tell you that it was her faith in, and relationship with God that made her a generous, loving, and strong woman, able to share her many gifts with others. She experienced poverty so that she could understand the need of those who are poor. She experienced the death of two husbands – Ron Green (1971) and Jack Wessel (2017) – so she could console other widows. She experienced being a single mother of two daughters, so she knew the challenges single mothers face and could provide them with emotional support and sound advice. She experienced a learning disability, so she could be compassionate to those also having learning difficulties and encourage them to “do their best” and not get discouraged, that they are perfect the way they are. She experienced social rejection so that she could provide support to others who have been spurned and encourage others to be inclusive. She experienced love and kindness, so she could generously share and teach this most precious gift with others, including her immediate family and those she treated as ‘family.’ Carol summarized some of her experiences in the book that she wrote “God’s Footprints On My Life.” This is the message she wanted to share with everyone. She has made us all better people for knowing her. Carol made a lasting impression on so many lives, none more so though than those of her sisters Jean Soros (Tim), Bev Anderson (predeceased) (Bob), and Linda DeVillers (Peter); her children Peggy Young-Lovelace (Perry), Jody Pilon (Roger), Bill Wessel, Rhonda Penny (Ray), Richard Wessel (Sophorn) & Dwayne Wessel (Debbie); her grandchildren Joshua, Sharon, Cora, Billie-Leah, William, Machaela, Lindsay, Justin, Krista, PiTina, Michelle, Kayla, Brandon, Thomas, Austin, Carl, Margaret, Megan, & Maddy; her great-grandchildren, nieces and nephews, and all of those she considered part of her family. We gathered to celebrate her life on Saturday, February 3, 2018 at 7 pm at the Queensway Pentecostal Church in Espanola. In lieu of flowers Carol has asked for donations to be made to Massey Bible Chapel or Camp Aush Bik Koong. Arrangements by Bourcier Funeral Home, Espanola.