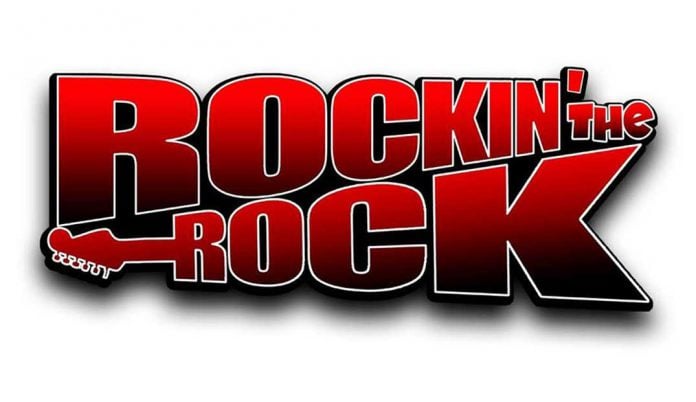 “So far we have booked Headpins, Prism, Helix and Harlequin,” said organizer Kelly Timmermans. “We will be making more announcements in the coming weeks.”

Ms. Timmermans explained that the idea for the event had been something that she and her husband and co-organizer Craig Timmermans had been discussing for sometime.

“We had been talking about wanting to have a rock concert on Manitoulin for a while, but we didn’t want to impede on Spanish, so when they made an announcement to cancel their festival we decided to pick it up,” said Ms. Timmermans. “We felt it was better to keep it in the region then not have it here at all.”

A ‘name the festival’ contest was held in partnership with The Expositor, and Rockin’ the Rock was chosen as the winning name.

The Timmermans, who also organize Manitoulin Country Fest, decided to hold the event the weekend following Country Fest, August 17 to 18, 2018, allowing visitors to the area to stay for a week and take in both festivals.

“We already have a lot of people who have booked their camping spot for Country Fest and Rockin’ the Rock and are planning to stay the week,” said Ms. Timmermans.

As part of the event, there will also be a band battle on Friday, August 17, with the winners kicking off Saturday night’s show.

“We are encouraging local bands to participate and think it’s going to be a lot of fun,” added Ms. Timmermans.

The entire event is 19 plus, with the whole venue licenced. Tickets are on sale now for $49.96 plus tax for a weekend pass, but the price will be going up to $69.99 plus tax after December 31.

“Tickets make a great Christmas gift,” said Ms. Timmermans. “You don’t need to worry about the wrong size or colour.”

“Stay tuned to the webpage and our Facebook page for more information and lineup updates,” concluded Ms. Timmermans.