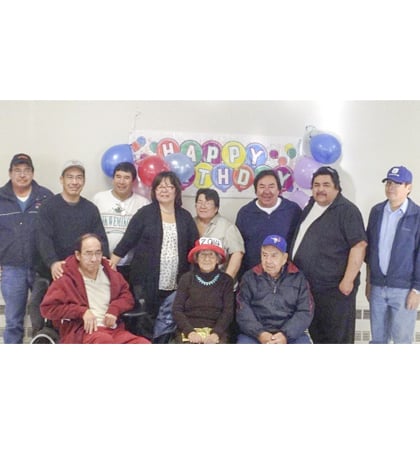 WIKWEMIKONG—On January 1, 1924, amidst a wintry day, a baby girl was born to Jane Mandamin. It was Jane’s sister, Eliza, who assisted as the midwife.

Due to the size of Rose and Greg’s family, the event was held at the Wikwemikong arena hall. She and her husband had 12 children, of whom three have passed on, 41 grandchildren (including step children), 46 great-grandchildren and two great-great grandchildren.

It was a potluck luncheon made by family and community members alike who came together to share such dishes as turkey, ham, roast beef, casseroles, various side dishes and tasty desserts.

Games were played by the grandchildren, such as the ‘Alaskan pull race’ and the ‘orange game.’ The adults were given a quiz on “how well do you know Rose?” where one son and one grandson came in with eight out of 10 answered correctly. Tickets were also distributed to the adults for a chance to win door prizes, which made it that much more interesting. The children, 10 and under, had an activity corner of colouring and a section for their own games such as bowling. Seeing that Rose does not have an official Facebook page, paper was set up for people to write well wishes on ‘her wall.’ It was a fun-filled afternoon with activities for everyone.

Later on in the afternoon, the birthday cake, a special heart-shaped sugarless cake and fancy cupcakes, all beautifully decorated by Rose’s great grand-daughter, Mary, age 11, were presented to her along with the singing of ‘Happy Birthday’ and blowing of candles. Right after that Mary was acknowledged for her great talent and beautiful hard work on the masterpieces she created. (Of course, dad Randy and auntie Kady helped with the cakes).

Gifts and cards were opened to end the afternoon where Rose received many well wishes of health, love, caring, respect and of course wisdom. In closing, Rose had her share of words of wisdom to share which included “power of prayer, which gives her strength” and teaching each other to be kind and to get along. She thanked everyone for coming out to help celebrate, to all who brought the delicious dishes and especially for all that was done to make her surprise 90th birthday a memorable one. 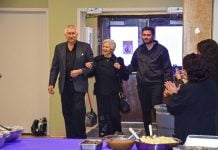 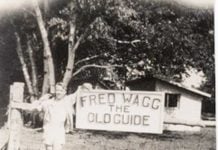