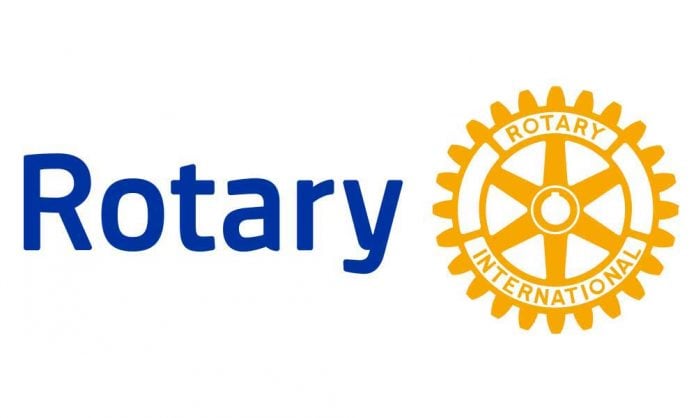 GORE BAY – While the distance of the bicycle ride has been increased to make it more attractive to riders, and because of a change in the route of the ride due to road work being carried out on Highway 540, the Gore Bay Rotary Club is hopeful they will attain their fundraising goals from the Bay-to-Bay fundraising ride in aid of Lyons Memorial United Church in Gore Bay and assisting with the church’s food cupboard.

“We don’t have accurate figures right now, but we know there are other donations and pledges coming in and so we are optimistic we will be able to reach our fundraising goal,” said Rotary Club member Dave Rogalsky last week. He pointed out the ride has been adjusted slightly in distance, to create a century ride.

Peter Carter, a member of the Rotary Club and the lead rider in the route, told the Recorder, “the ride is now 162 kilometres or 100 miles (originally the Bay-to-Bay ride was 150 kilometres), which is a big thing for bicyclists. The century ride (100 miles) is something that all riders aspire to attaining.”

“We will start out in Gore Bay at Lyons Memorial Church and do a loop through town,” said Mr. Carter, who noted the riders will be traversing through Spring Bay, Evansville, Gordon and Silver Water. Once the riders and their bikes are transported over the area where road work is taking place on Highway 540, they will ride to Meldrum Bay.

The riders will have lunch in front of the Meldrum Bay Inn, hosted by the operators of the business, and then take the same route back to Gore Bay.

“We have a total of 16 riders taking part so far, which is pretty good, with some being seasoned riders,” said Mr. Carter. He said having other riders join him on the Bay-to-Bay, “makes my ride more enjoyable.”

Among the riders, “we have lots of representatives of the Rotary and the big news is that Rotary Canada representative Daphne Wilkinson and her husband are cycling with us. They are coming up from Hanover, which is awesome.”

Mr. Rogalsky pointed out registration for the ride will take place at 6:45 am this Saturday, August 15 in front of the Lyons Memorial United Church in Gore Bay. Every rider will receive a certificate from the Rotary club for participating in the ride.