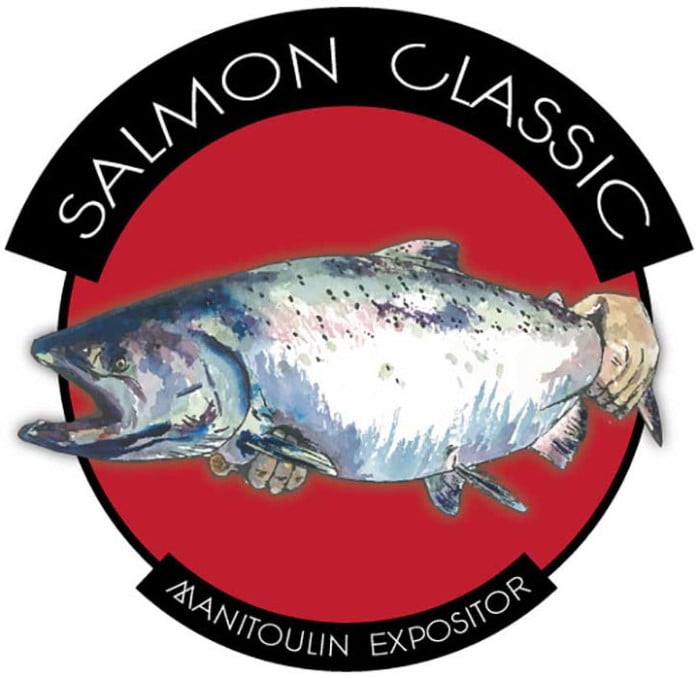 MANITOULIN—As of writing this article, Monday afternoon this week, the inaugural Manitoulin Expositor Salmon Classic was three days in and already the leaderboard is heating up.

“We’ve had a lot of fishermen in the first few days with the results rolling in every evening,” Manitoulin Expositor Salmon Classic organizer Dave Patterson said Monday afternoon.

“There are a lot of fish being caught at all eight weigh stations,” he added. “The bigger fish right now seem to be coming from the south shore with a lot of trout being pulled from the North Channel, both rainbow and lake trout.”

He reminded all fishermen that they must have their ticket stub or email confirmation with them when presenting a fish to a weigh-in station and that tickets must be purchased at least the day before fishing.

An active leaderboard can be found at www.fishmanitoulin.com to compare your catch with while results, as of press time Monday, will also appear each week on page 8 of this newspaper.

“We also want you to take pix of your fish, big or small, so we can post them in the newspaper and online,” Mr. Patterson urged. Pictures can be emailed to info@fishmanitoulin.com.

Mr. Patterson was also pleased to share a new contest as part of the Salmon Classic beginning this Saturday, July 30. From Saturday until the following Friday, August 5, all fish caught will be entered into a mystery weight contest.

“I can tell you that the weight will be over 10 pounds,” Mr. Patterson said. “The winner will bring home a Broil King smoker courtesy of Jake’s Home Centre.”

Tickets will be sold until the second last day of the event, August 13, and can be purchased at www.fishmanitoulin.com or at the following locations: The Expositor Office in Little Current, Up Top Sports Shop in Mindemoya, The Recorder Office in Gore Bay, Trail Side Sports in Espanola, Moxy’s Bait and Tackle on Regional Road 55 near Whitefish, Ramakko’s Source for Adventure on Regent Street South in Sudbury.

The Manitoulin Expositor Salmon Classic was organized by this newspaper as a way of getting fisherfolk to come to the Island for the tournament. “Manitoulin has everything going for it, scenically and culturally, but it didn’t have a major summer fishing event with prizes in line with similar events in Lake Ontario and southern Lake Huron. Now it has,” Mr. Patterson noted.

Mr. Patterson said he was hugely pleased that this has been working out according to plan. “I was in Manitowaning last week and the docking area was full and so was the boat-trailer parking area and the marina there had had to put ‘no parking’ signs near the beach because people were leaving their boat trailers on the beach.”

“The South Baymouth marina is much busier than in past years and Irene Cornish from Providence Bay Tent and Trailer Park (near the marina) told me the park is busier just now than in the past 15 years due to fishermen,” Mr. Patterson added.