MINDEMOYA – Sarah Seabrook, the founder and co-ordinator of PRIDE Manitoulin is a very confident woman with a strong sense of community support, but while working with LGBTQ2S youth in Wiikwemkoong she came to realize that although she was aware of how many non-binary and LGBTQ2S youth and adults there are in Island communities, being a youth with a different sexual orientation can be incredibly isolating and terrifying when you don’t realize you are not alone.

“PRIDE Manitoulin is the biggest thing I do,” said Ms. Seabrook. “I started it in 2016, this will be the third year. We have it mostly in Little Current, but we also try to do events in other communities on the Island.”

Ms. Seabrook is pretty excited this year, as for the first time PRIDE Manitoulin has applied for a significant funding boost. “We have written a grant proposal for just over $33,000 and we are waiting to see if we get that. Last year we managed to do it with $5,000; this would really give it a huge jump.”

“When I first started this job (Noojmowin Teg Child and Youth Mental Health and Addiction worker) seven years ago in Wiikwemkoong I was working the EQUALITY project with clients that were not afraid to approach me because they knew I was gay,” she said. “I was interacting with a lot of LGBTQ2S youth. Then Noojmowin Teg asked me to coordinate a conference in Aundeck Omni Kaning. It was hugely well-attended.”

The conference, and the support it received from diverse quarters across Manitoulin, was a big eye-opener for many people and had an important message for LGBTQ2S youth and even adults. “It told them that they don’t have to go off-Island to find a community where they can be comfortable being themselves,” she said. “It’s not for me, it never was,” she said. Ms. Seabrook knows so many people who identify as LGBTQ2S because of her work, but she already knew that community existed. “But kids need that. They need to know that they can come out and just live their lives.”

The historical oppression that has formed the lens by which LGBTQ2S persons have viewed their place in society is changing, in fact, has changed, reactionary politics notwithstanding. Those expressing hostile views are now very much in the minority. It’s still there, but being able to express yourself and have “pride” in who you are is an important part of growing up to be a healthy member of society.

“Showing kids you can be proud of who you are and that you don’t have to be alone instills a healthy security that builds healthy adults,” she notes. “They may not have that security at home, but there is also your ‘chosen’ family.”

“You know sometimes it scares me,” she said. “I was over 30 years old when I came out. If it was terrifying to me, imagine what it is like for youth who don’t know if parents and friends will support them. They need to know that there are other people out there who will support them.”

Ms. Seabrook said that no matter how you identify, it is important to find something that you are passionate about,” she said. 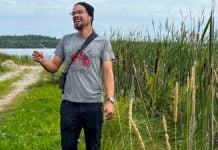 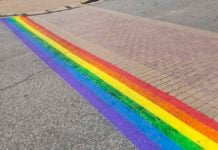 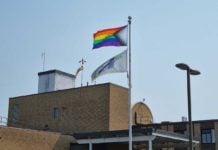 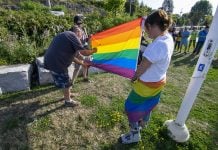 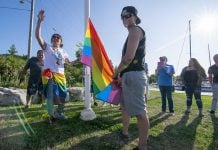 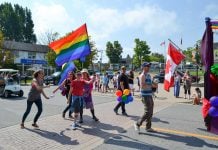