RAINBOW DISTRICT—The Rainbow District School Board (RDSB) has passed a motion to have regular meetings of the board, which are currently live streamed, archived beginning in May.

The motion, passed by the board this past Tuesday, reads in part that as of May regular board meetings that are currently live streamed will be outsourced to a company to become AODA compliant at an estimated annual cost of $12,000; and archived for a year on the board’s public website link and that this (archiving) be reviewed in a year’s time.

The motion was put forward by Trustee Dena Morrison, and seconded by Trustee Margaret Stringer.

First Nation Trustee Ogimaa-kwe Linda Debassige commented that, “I have experience with live streaming of our (M’Chigeeng council) meetings.” Noting that archiving meetings provides for transparency and makes the board meetings accessible to a larger audience.

“In the report provided tonight the estimated costs are what we (M’Chigeeng) pay for this service,” said Trustee Debassige. “I am also in support of this (archiving of live streamed meetings) on a pilot project basis and being reviewed after a year.”

“I support the motion and as trustee Debassige has said, in moving forward with this (archiving),” said Trustee Stringer. Trustee Stringer also expressed an interest in research being used to find out how many people are viewing the archived live-streamed meetings.

After discussion, the board voted in favour of having their regular board meetings, which are live streamed, archived as well. 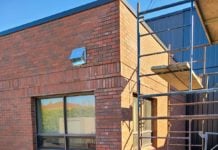