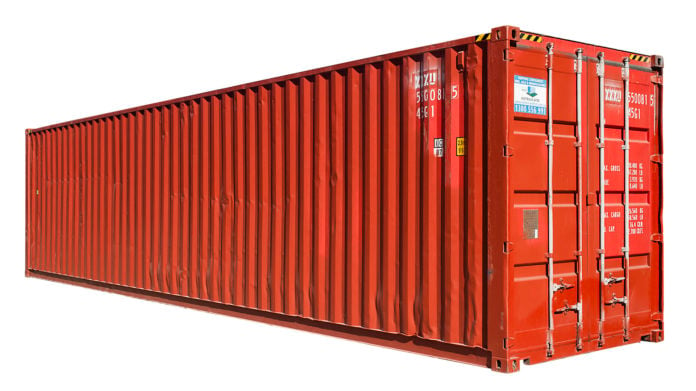 MINDEMOYA—The council meeting for the Municipality of Central Manitoulin on June 9 was preceded by a public meeting to consider Bylaw Draft 2016-07, which reads in part that council agrees that it is in the public’s best interest to control the placement and usage of travel trailers and the number of days that they are allowed to stay on a property.

The other consideration was draft Bylaw 2016-08, which reads in part that a shipping container shall be used for storage purposes only and not for human or animal habitation. Council was seeking to amend Bylaw 2002-07 and that the temporary placement of shipping containers or portable storage containers shall be allowed in a Hamlet, Settlement or Shoreline Residential Zone for a maximum of one year, during the period of construction and is to be used for the storage of materials only.

The first member of the public to speak at this meeting was Glenn Black, a resident of Providence Bay who, along with his wife Judy, owns a 100-acre farm in Central Manitoulin where they produce foods such as pastured poultry, free range eggs, lamb and goat. Mr. Black feared for the loss of his farm and livelihood, saying, “If this draconian bylaw against sea containers is passed, my farm is dead,” as he uses sea containers extensively to store animal feed and seeds, to store farm machinery, as a brooder for chicks, and for storing fresh and frozen meats produced by the farm. “If the bylaw specifically says, ‘no animal in a sea container’,” Mr. Black spelled out, “I am done.”

Mr. Black also cited several reasons why sea containers make perfect sense in that they are affordable, better than storage sheds and garages which may cost up to $50,000 while a sea bin is $6,000, the bins keep the mice and rats out, they are fire proof and are of an all steel construction which means a life of 50 to 70 years.

Mr. Black also spoke of the use of sea containers for housing and a quick Google check will endorse this as thousands of homes have been built using these units for housing all over the world. Indeed, a grand prize of the $1.1 million Dream Lottery is a home made from eight sea containers and the Days Inn Hotel in Sioux Lookout was built in 2014 using 120 bins, as Mr. Black pointed out. He also emphasized that the municipality is responsible for affordable housing and he urged council to get on board with the use of sea containers for housing. “In 2011,” he said, “Central Mortgage and Housing reported that 40.4 percent of Canadians have sub-standard housing. If we don’t have a plan, it is a little premature to ban sea containers.” He emphasized that these bins are easily converted into housing at a cost of about $65,000.

Steve Shaffer of Mindemoya was another speaker at the public meeting. “Why are we looking at this bylaw at all?” he asked. “Have there been complaints?” to which Mayor Stephens replied, “Yes.” Mr. Shaffer also spoke about the 21 days that the council wants to impose on travel trailers. “Have you done an inventory?” he asked. “How many are out there? Who is going to know when the 21 days are up? How are we going to control this? We are creating more bureaucracy and we don’t need more bureaucracy. We need to simplify our bylaws, not add to them. You are creating a lot of confusion for no benefit to anyone. I don’t see a need for this.”

There were several young people at the meeting and one man, after saying that he had a degree in architecture, told council that these types of bylaws are too confusing while adding that beautiful homes can be built and that there are just too many things that can be done with sea containers, while a young woman added that everyone is really focussed on the environment now and the usage should be supported.

Maja Mielonen also spoke, adding the facts that several farmers use these bins in their barns and that they need all our help, not hindrance, in getting healthy products to our tables.

Councillor Derek Stephens was adamant in agreeing with the public response to this bylaw issue, saying, “I completely agree with these young people” and added the fact that hunting season is more than 21 days and council is hindering these people because they are living in a trailer.

Councillor Alex Baran spoke in favour of the bylaw, speaking of the three main residential areas in the municipality and the need to maintain the continuity of neighbourhoods and pride in communities. “We actually are acting on complaints,” he remarked, “and this is the best response to this.”

There was also a response from Councillor Dale Scott who noted that there was some confusion about the use of sea containers now. “We could visit the no animal part. We could revisit that.”

In the response from the public, council decided to revisit the bylaw to get the right process and the right answers and it was sent back to committee.