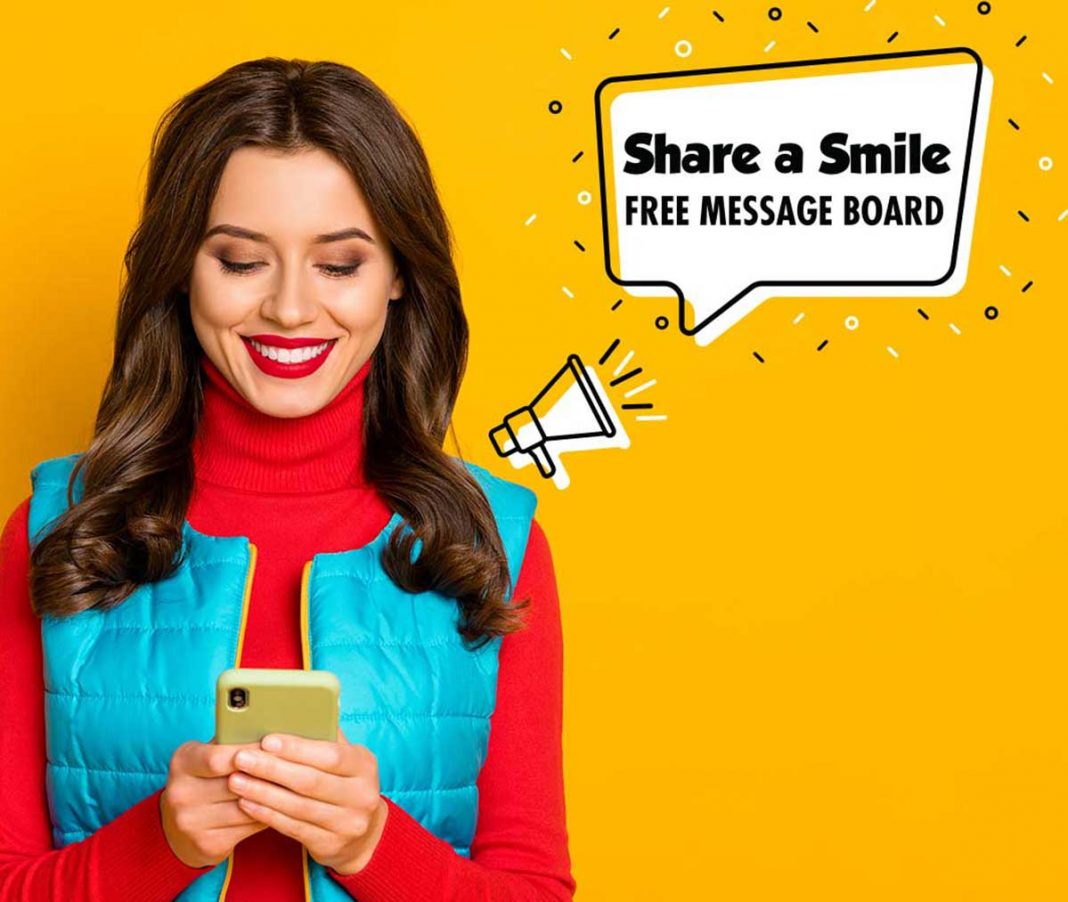 Not trying to downplay the COVID-19 virus, because we all know how important it is, but it’s important to smile once in a while.

I’ve been noticing that people as a whole are looking stressed and not smiling, almost too serious, so possibly I can out a smile on your face, if only for a second.

Poor Lori. My wife says the dirtiest thing is money so she don’t give me any.

After spending my whole weekend with the missus on self-quarantine she said how nice it was. I didn’t want to ask, but I asked, and she said she didn’t have to kiss me goodbye for two days.

I’ve noticed that I haven’t seen any hitchhikers being picked up. Hmmmm…Come to think of it, there aren’t any.

Newsflash! OPP says speeding tickets are way down, ‘cause anybody out there ain’t going nowhere.

When I was younger, I got to play ball hockey on the street with older kids. I was far from being any good at it, but when anybody missed the net or if the ball got lost in the neighbour’s hedge, it was my job to either chase the ball down the road or find it in the hedges.

Anyway, we were out playing one afternoon when the door to our house opened and before I could hear mom’s voice I could hear Charley Pride on the turntable (that’s a record player for you young people. Record players are something that plays records. Records are this round flat thing that holds music).

Anyway my mom called out for me to come into the house. I dropped my hockey stick and went in directly (and to you younger people that means right away). When I got to the house I followed mom to the kitchen. She opened the fridge door and took out a half-pound of bologna. She pulled a piece of bologna out and asked me if it was any good. I ate it and told her it tasted good to me.

She took the remaining bologna out of the package and said, ‘Good. You can give this to the dog,’ as she handed it to me. Later on in life I found out that she didn’t have OHIP on the dog.

I phoned my Aunt Lily to make sure she was okay during this quarantine. She assured me she was and after about 20 minutes of talking she told me a story.

She told me that the women’s group were getting together on a Saturday afternoon about two months ago and she thought she’d make up a plate of sandwiches to take down to the gathering. In the cupboard she found a can of salmon which she opened up and she thought to herself, ‘This doesn’t smell good’ so she calls Uncle Bill into the kitchen and she says, ‘Does this smell good to you?’ as she passed him the can.

He took a little whiff and said, “I don’t know’ and placed it on the table. Aunt Lily said, ‘Well what am I going to do?’ and Uncle Bill suggested she take a spoonful and put it in the dog’s dish. If the dog eats it, it’s good. So Aunt Lily calls the dog and puts a spoonful in the dog’s dish. The dog comes into the kitchen and he eats it, wanting more. Aunt Lily proceeded to make up a whole loaf of salmon sandwiches.

After the gathering, when Aunt Lily gets home she finds Uncle Bill sitting on the couch with the converter in his hand and he says ‘the dog’s dead.’ She gets on the phone right away and tells all these women to meet her at the hospital.

When she gets there eight of the group are already there and all nine of them get their stomachs pumped.

When Aunt Lily gets back home after all of this, Uncle Bill was sleeping on the couch. She walks into the kitchen and sees her son James standing there with a sad look on his face. Aunt Lily said, ‘Are you going to be okay?’

James said, “Yes, mom. I think I’m going to be alright. What ticks me off is the guy driving the van that ran over the dog didn’t even stop.’

P.S. If this story was stolen, I found it.