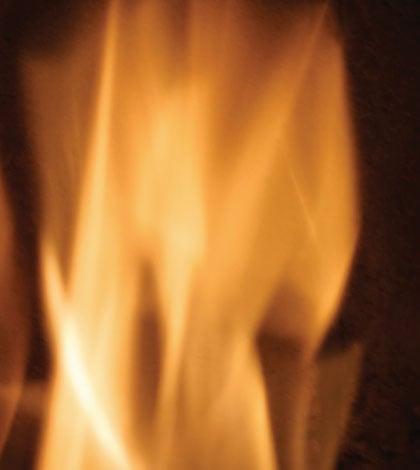 “The Ministry of Natural Resources and Forestry (MNRF) has exemptions for ‘all organized campgrounds’ during an MNRF imposed fire ban if strict criteria is met,” explained Andre Deschamps, who owns Batman’s with his wife Lisa, in a letter to council. “We feel we meet the criteria of an organized campground as we are active members of Camping in Ontario, CAA, AAA, Good Sams (US Identity) and Woodalls. By having water at 98 percent of all our sites, all sites have metal containers as fire drums, and we have a 1,022 litre portable water tank with pump. With this, we feel our level of fire safety surpasses the level provided in our provincial parks as they do not have water at their sites.”

Mr. Deschamps goes on to list the strict guidelines the park enforces on fires for their campers such as fires only between 4 and 10:30 pm, no unattended fires, at least one adult in attendance of a fire, limited size of fire, and that the fire drums are placed in a safe area.

“With a limited tourist season, all businesses on Manitoulin Island must capitalize on attracting people to come to the Island,” continues Mr. Deschamps. “With an exemption, it allows us to bring in families that would otherwise stay in campgrounds off the Island that have been granted an exemption. Without this exemption, it is not just lost revenue to our campground but to many other businesses within the municipality.”

Town CAO David Williamson explained that Northeast Town Fire Chief Darren Bailey had reviewed Mr. Deschamps’ letter prior to council and could not support the request.

Councillor Michael Erskine said that he was “inclined to support” the request but questioned the use of fireworks at the park.

Mr. Deschamps, who was in the audience, responded that fireworks are banned from the campsite.

Councillor Laurie Cook asked if council could amend the bylaw to only exempt Batman’s because of their strict regulations and not all campgrounds, as council was unaware of their policies.

“We could,” responded Mayor Al MacNevin, “but it would make it awkward to only exempt one campground.”

He said that everyone wants to enjoy a bonfire and roast marshmallows or hot dogs, but the risk of a spark leading to a forest fire during a drought is the same if it is in someone’s backyard or a campground.

Councillor Bill Koehler said, “if we allow for them (to have a fire ban exemption), we have to allow everyone too.”

“I also hate to do something against the recommendations of the fire chief and he said he couldn’t support this,” added Councillor Koehler.

“It (the fire ban bylaw) should be a blanket policy for everyone,” said Councillor Bruce Woods.

In a recorded vote, requested by Councillor Koehler, Councillor Erskine voted in favour of the amended fire ban bylaw as requested, while Councillors Cook, Marcel Gauthier, Bill Koehler, Dawn Off, Melissa Peters, Paul Skippen, Bruce Woods and Mayor MacNevin voted against it. The motion was defeated and no exemption was granted.