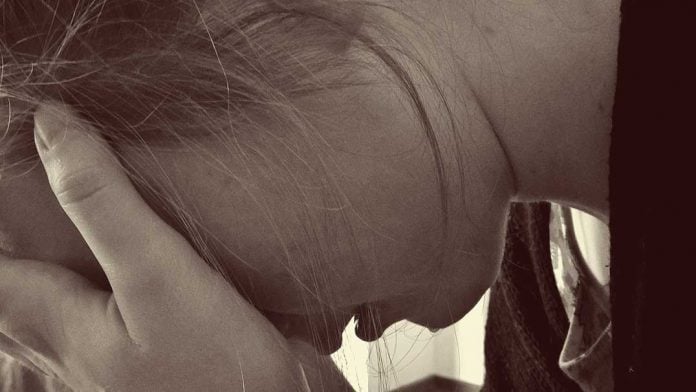 EDITOR’S NOTE: In the following story, names have been changed to protect the identity of the juvenile victim, who asked to have her story told, and because of the publication ban that remains in place.

MANITOULIN—Joanne moved back to Manitoulin with her two young children, a boy and a girl, while in her mid-20s. She was looking for a fresh start. Joanne had been following a dark path of opiate addiction, depression and mental health issues but she was ready to make the change for a better life for herself and her family.

Joanne succeeded with her goals, kicking her habit, seeking counselling and going back to school. She couldn’t believe her good luck when she began chatting with a man, Dan, from her community via Facebook. She asked around. None of her friends knew him, but knew the family. ‘He’s from good people,’ they told her. For three months, the two chatted online, and Joanne shared everything with him—her biggest hopes and starkest fears.

One day Dan appeared on her doorstep. He had been laid off from work and came to meet her in person.

“He basically never left after that,” Joanne tells The Expositor. “I thought it was my destiny and I allowed myself to fall in love.”

At first things were very good. Dan made an effort with the children and they in turn were very fond of him. Before long, Joanne found herself pregnant.

“Getting pregnant threw a wrench into things,” Joanne says. “He didn’t respond too well to the pregnancy. One day he had a meltdown and he showed me a side of him I’d never seen before.”

When Joanne told Dan he had to leave, he responded by throwing a kitchen table. Joanne was no stranger to violent partners. “I enacted an emergency plan and sent the kids into the basement with a phone,” she says.

The fight, which was all over a car, ended with him threatening suicide. Joanne was genuinely concerned for his well-being and called police, who later found him safe and sound at a family member’s home.

Following the argument, Joanne told Dan he couldn’t come back, not right away anyway. The children were now frightened of him.

“Two weeks later he came back, and that’s when everything changed,” Joanne shares.

During their two-week break, Joanne noticed photos of him on Facebook with other girls. She assumed that he had likely slept with those girls so when Dan came back to live with her, “I put up a wall.”

The couple split up again, this time for three weeks.

When Dan returned, he came back with her daughter’s iPod, which she didn’t know he had.

“On it were pictures of my daughter in her bathing suit,” Joanne says.

Joanne says when Dan came back the second time, there was no intimacy between the couple. “Something just didn’t feel right,” she allows.

The baby was born soon after and the new child became Joanne’s world.

“He took on more of a caregiver role,” she says of her partner.

At this same time, her daughter was becoming more and more hesitant to go to bed.

On June 6 of last year, Joanne was tucking her daughter in, but for two hours the little girl would not stop crying. Joanne began peppering her with questions. ‘Does something hurt?’, ‘are you being bullied?’, and finally, ‘Is it Dan?’

There, with her mom by her side, Joanne’s daughter told her that Dan had been touching her in a bad way. ‘What do you mean?’ her mother asked. ‘My privates,’ the little girl responded.

The child went on to tell her mother that Dan would go into her room at night when he thought she was sleeping and touch her. She never moved, not even flinched, and pretended to sleep when it happened.

Joanne quickly found Dan in their living room and confronted him. His response, she says, was to stand up, shrug his shoulders and say, ‘I guess I’ll get going now.’

When Dan left, Joanne went to her daughter and the two cried and held each other the night through.

The next day Joanne woke in the throes of sickness. She was pale, weak and trembling. She thought it was likely from the news that had just rocked her world, but even her children knew something was terribly wrong and encouraged her to go to the hospital. Joanne did go, but first had to find someone to watch the children. Her ex-partner’s mother looked after her grandchildren, but there was no one around to look after the baby. She says she had no choice but to call Dan.

Before Joanne knew it, she was in the hospital and told her liver was shutting down and she was sent to Sudbury for more tests. A blockage was causing the failure and this was quickly removed. Three days later, Joanne was discharged and returned home to collect her children.

Dan returned the baby to Joanne’s house, but before he left he asked if he could have a shower as the shower wasn’t working at the place he was staying. Joanne thought better of it, but relented. While he was in the shower she spied his phone lying on the table and picked it up and immediately went to his browser. There she made a startling discovery: three days of visits to child-themed pornography sites. She quickly took her phone and took a photograph of the history.

Her daughter had told her that Dan was looking at his phone while he touched her.

“It was just an awful feeling,” she says.

Joanne called her counsellor and told her she needed to see her right away. At that same time a forgotten appointment with the ‘Healthy Babies, Healthy Children’ caregiver also arrived. With the support of both women, Joanne called the police and reported Dan. The two women also escorted her to the police station where she gave a statement. The daughter’s statement would follow the next day and would be taken by a female officer and taped. The molestation had taken place for about a year.

A warrant was immediately issued for Dan’s arrest and he was taken in that day.

Joanne made the decision to move her family back to southern Ontario, where she was originally  from, to enlist the support of her mother and remove her children from the situation that they had just endured.

Dan pleaded guilty to sexual assault of a minor, sexual exploitation of a minor and sexual interference of a minor after which Joanne and her daughter, surrounded by family and friends, read a victim impact statement to Dan and the court.

Last month, Dan was sentenced to six months in jail with three years of probation. He must register as a sex offender for 10 years, submit a blood sample for the DNA data bank, is not permitted to have or use firearms, he must seek counselling and must have no contact with Joanne or her daughter. He is also to have no contact with his baby without a court order for three years.

Joanne said he admitted to molesting her daughter in court and said he started therapy right away.

“I feel it’s a bunch of bulls—t,” Joanne says. “He told me he was on the same path of recovery as me.”

Joanne says that since the sentencing, the family has been keeping very busy. Her daughter has also said she would like to go back into counselling, which Joanne is happy to accommodate.

“My greatest fear is that she’ll self-harm, turn to drugs, become promiscuous or even violent,” Joanne adds.

“If we had talked about this more, I feel we could have nipped it in the bud after the first time,” the mother continues.

Joanne admits to having doubts from time to time and of lashing out at her daughter. “I have apologized to her repeatedly,” she says, shame evident in her voice. “I thought he was a good guy.”

Joanne says the children have transitioned quickly to their new surroundings, have made new friends and are enjoying programming at the local Friendship Centre.

“Listen to your children. Stay vigilant. Trust your instincts if people don’t feel right,” Joanne tells other parents. “In hindsight, after we had broken up, I felt repulsed by him. I feel now that it was my instincts.”

“Did he prey on me?” she wonders. “A single mother in recovery?”

“I can only hope he gets the help he needs so he never hurts anyone again.”

Joanne admits to being molested too as a young woman, which caused her to head down the path of addiction and depression and even thoughts of suicide.

“This stuff is still happening,” she says of sexual abuse, urging young mothers to think long and hard before taking a partner in. “I took him in all too quick,” she adds.

Joanne still has goals in mind for her and her family, and plans to re-enroll in school this January to become a social service worker.

“I hope to make big changes in this world.”