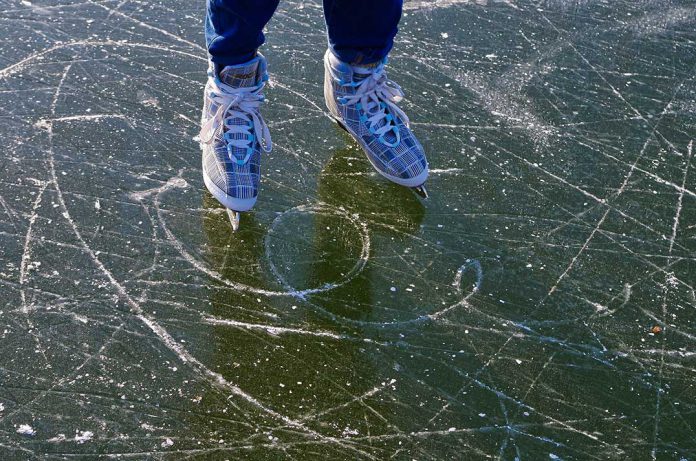 MINDEMOYA – Central Manitoulin gave its blessing for staff to begin work on an outdoor skating oval at the ‘A’ ballfield behind the Mindemoya community centre this week.

The motion, “That council approves staff pursuing the creation of a 12-foot-wide outdoor skating path oval at ‘A’ ball field in Mindemoya and to maintain it with volunteers and internal support for the month of February 2021, as long as temperatures permit” garnered much discussion at the January 28 meeting.

Plans were shared with council by Marcus Mohr, the municipality’s community development/outreach co-ordinator, which outlined the projected cost of $400 each week and utilizing volunteer help with staff support. The fire department has agreed to lay the base down.

Councillor Dale Scott said he believes the skating oval will be well used.

Councillor Rose Diebolt said she was “adamant” that council proceed with the project. “This s a great venture for the community to get together to do something—it’s called mental health.”

CAO/Clerk Ruth Frawley gently pointed out that just the night before, during a committee meeting, this project had been voted down by council.

Councillor Diebolt replied that since reviewing Mr. Mohr’s proposal she had since changed her mind.

Councillor Scott asked if the costs had to come out of the municipality’s capital costs. Ms. Frawley said it didn’t, as the oval would be an operational item. “No real capital is going into it.”

Ms. Frawley also noted that the municipality is currently saving approximately $600 a week due to the arena closures.

Councillor Angela Johnston said was “torn” with the decision. “I have concerns with who’s going to do all the work and I question the location,” she said. “It’s worth a try, but I am concerned with the speed at which it’s happened.”

“I totally agree we need it, but I am concerned with who’s going to do all the work,” the councillor added.

“I’ve never been a proponent of using fire department equipment and who’s going to monitor it for numbers?” asked Councillor Derek Stephens. “It (numbers of skaters) seems to be a problem in other places.”

Following the meeting Mr. Mohr told The Expositor the project was to get underway this week. He noted that an oval was decided over a rink as directional skating will help with physical distancing and discourage sports like hockey from occurring, which should alleviate the need to monitor the oval.

Mr. Mohr is looking for community volunteers to help with light snow removal and to maintain the oval as well. Mr. Mohr can be reached by email at centralecdev@amtelecom.net or by calling the municipal office at 705-377-5726.