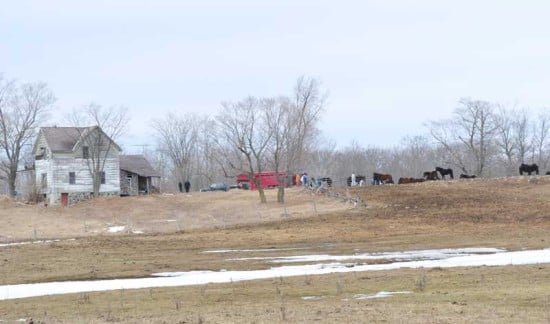 MINDEMOYA—The Ontario Society for the Prevention of Cruelty to Animals (SPCA) seized an undisclosed number of horses from Silver Bay Road resident David Pryor last Thursday, April 4. This is the second time the SPCA has taken horses from Mr. Pryor’s Mindemoya area farm.

“The Ontario SPCA is conducting an investigation on a property on Manitoulin Island,” Brad Dewar, an investigations and communications officer with the Ontario SPCA, told The Expositor last Thursday at the base of Mr. Pryor’s Silver Bay Road farm. “Today we are executing a warrant and removing a number of horses from the property. The horses will be removed and stay in the care of the SPCA until the conclusion of the investigation.”

Ontario Provincial Police (OPP) officers were also on hand to assist the SPCA, which had arrived at the property at 7 am.

The Expositor was informed by the SPCA that despite having permission from the landowner, no one was allowed “on or off the property” during the execution of the warrant.

Amidst the many SPCA officers, staff and OPP officers moving up and down the long driveway leading to Mr. Pryor’s farm, Mr. Pryor himself came down, along with his visiting sister Michelle Bolton of Guelph, to speak to The Expositor about the SPCA’s investigation and the seizure of many of his horses.

“I raise the Canada horse,” began Mr. Pryor, after introducing himself. “The SPCA has indicated that my horses are not up to their standards in terms of feeding, water, and their maintenance. I have been raising the Canadian horse for over 20 years, and all except for one of my 21 horses I own right now I raised from birth.”

“They are supposed to be taking away three studs and about eight horses, but we don’t know for sure yet,” added Ms. Bolton. “They are saying their hooves are cracked, but we’ve been through this before, so we know what to expect this time at least.”

“They (the SPCA) said they are going to take some of my horses away because they apparently have long toes, and have the horses attended to,” continued Mr. Pryor. “They claim that they are going to do this and then return them, but I don’t believe this is the case because last time they took my horses away it was a two-and-a-half-year battle to get even some of them back.”

Mr. Pryor explained that in 2006, the SPCA took some of his horses away because of unkempt hooves and burrs.

“The Ontario Landowners Association (OLA) was here back in 2006 or 2007 from Ottawa as I was fighting to get my horses back,” said Mr. Pryor. “I asked them to come see my horses for themselves. Five couples came and they looked at my horses and, unknown to me, went back to Ottawa and published a magazine article saying they couldn’t find anything wrong with my animals. They also held a demonstration for me and others who had unrightfully had their animals taken away in front of the SPCA in Sudbury. The SPCA was displeased with the protest and the Landowners got my horses back for me.”

According to a press release from the SPCA on July 6, 2006, “Mr. Pryor was charged under the Criminal Code of Canada with 16 counts of animal cruelty after failing to provide suitable and adequate care to horses.”

The SPCA removed 25 horses and left nine horses in his care and the SPCA continued to monitor the property.

Of the charges for which Mr. Pryor was found guilty, the first related to willful failure to provide suitable and adequate care to a mare, a stallion and a juvenile horse. The second charge related to failing to provide suitable and adequate care for a stallion. The third charge related to 19 horses kept outside of the barn. These horses were examined by a veterinarian and found to be thin, requiring hoof trimming and without food, water, parasite control and mineral supplement. The fourth charge related to a bull kept in the barn that was found thin, lice-infested, without food and water and housed in “unacceptable conditions.”

Additionally, Mr. Pryor received three years of probation and was ordered to pay restitution to the SPCA in the amount of $25,511.56.

The OLA got involved in Mr. Pryor’s cause to get his horses back after visiting his farm in 2007 and claiming that the remaining horses were in good condition.

In the fall of 2008, the OLA rallied outside of the SPCA office in Sudbury, protesting what they called “bullying tactics” on the part of the animal welfare agency, citing the example of Mr. Pryor in particular.

The OLA members later managed to acquire 15 of the seized horses, and purchased them from Mr. Pryor, assisting him with the legal fees and costs owed to the SPCA.

Mr. Pryor was unable to be reached on Monday prior to press time to discuss exactly how many horses had been seized and what action he plans to take to get his horses back.

Mr. Dewar said he was unable to comment as to how many horses had been taken, or on any other details involving the incident at this time, as the “investigation is still ongoing.” 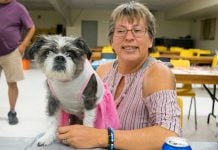 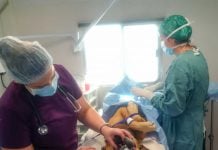 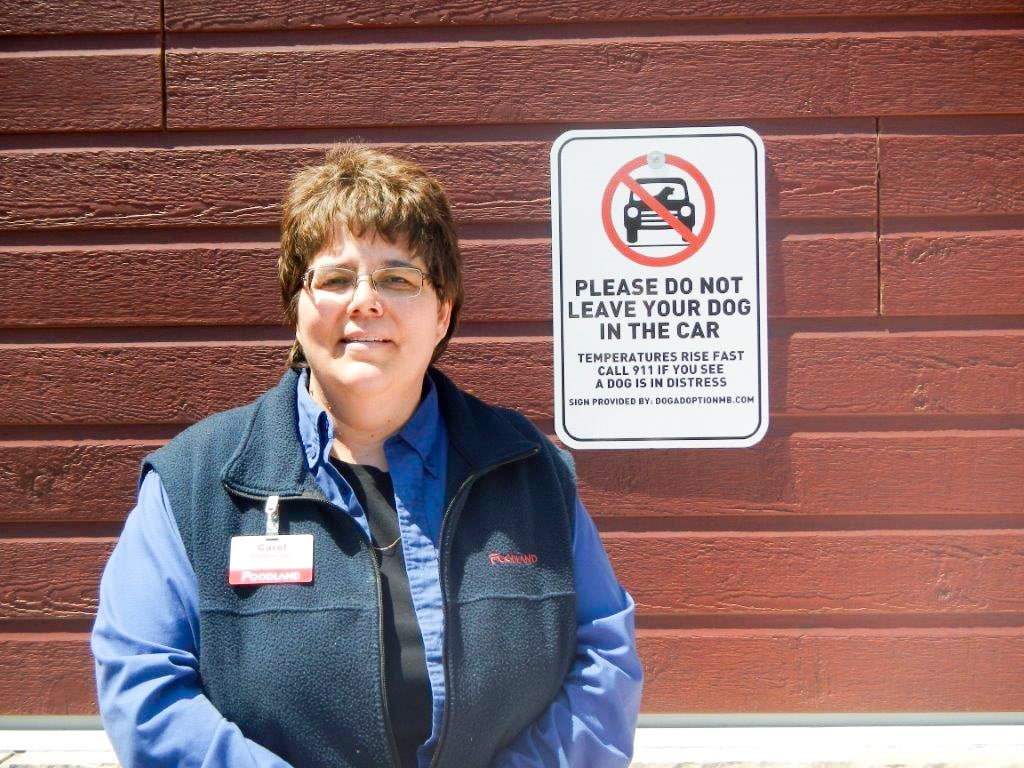