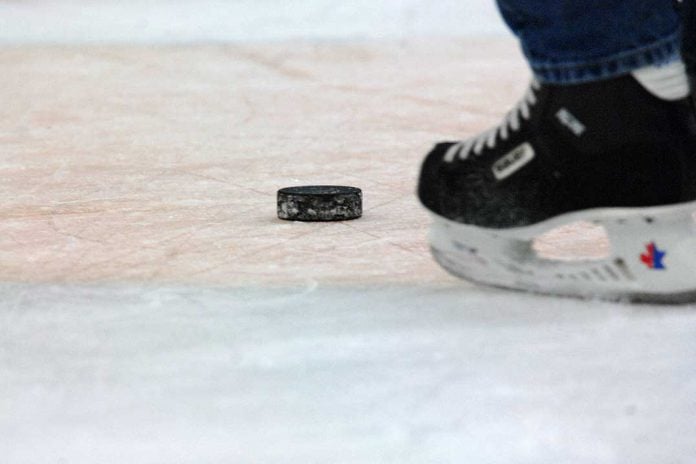 “They will be spending the next couple of weeks looking for ways to tighten up defensively after dropping their first game of the season to perennial powerhouse St. Charles College Cardinals,” said Mustang coach Steve Doane. “You are never overly happy when you lose 7 to 1, but considering that the Cardinals had already played four exhibition games this fall, and this was the first game for the bulk of our team who have been involved in volleyball, it could have been a lot worse.”

“We fell behind 4 to 1 by the end of the first period,  but not counting the empty net goal the second and third period was a 2 to 2 tie,” assistant coach Smith added.

The first goal was scored by Kyle (Diggy) Debassige on a nice feed from fellow M’Chigeeng linemate Zack Paul. Diggy snapped a nice wrist shot over the goalie’s shoulder.  Paul scored the second goal late in the game on the powerplay with a shot from close in. “We will be looking to use ‘Pauli’s’ hulking frame in front of the net a lot this year in power play situations,” said Coach Doane.

“Overall we are very out of shape as was evidenced buy the number of Mustangs who were sucking wind even before the first period was over,” continued Coach Doane.  “We have a bunch of new Mustangs learning our team defensive system and until they get a little more comfortable with it, they tend to do a lot of unnecessary running around in our end.”

“It is going to take them a few games to get used to the speed and body contact of the high school game, but this was a good start,” said Coach Doane.  “Jayden Little, a centre all of his career, has been moved back to defence and is going to be a force for us back there this year. He is just becoming familiar at his new position and is not yet comfortable there but you can already see that opposing teams will learn to keep their heads up when they cross our blue line this year.”

The Mustang team members who are also a part of the MSS volleyball team will not be participating in the next hockey game (on Monday, November 13 against Lasalle) as they focus and prepare for NOSAA Volleyball Championships in North Bay this weekend. 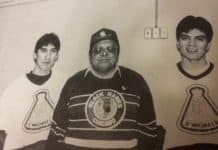