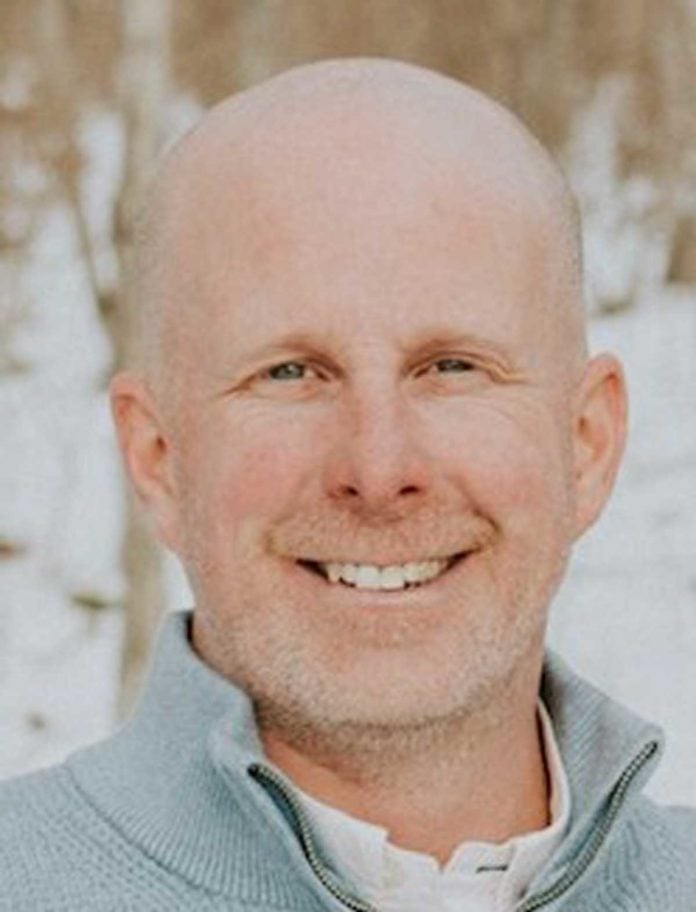 STEVE NEWBOLD
Steve Newbold passed away suddenly on Friday, February 11, 2022. Survived by the love of his life, Stephanie, who will always hold him dear in her heart; his son Connor, who was his pride and joy; and his step-daughter Adeline who he took in and loved deeply as his own. Steve was a father first and took such pride in being a wonderful parent. He took interest in whatever his children were doing, always ready to offer support and guidance. He will be by their sides forever offering his encouragement and unconditional love. Steve’s mother and father-in-law, Neil and Diane Chmielak, are heartbroken. He will be dearly missed by his sister-in-law Erin Lariviere (Marc), brother-in-law Ryan Chmielak (Tara) and his nieces and nephews Aiden, Madison, Liam and Kaci, as well as Connor’s mom Sue (Oscar) Sprenger. His dear friends became Steve’s chosen family. Ryan and Michelle, Matt and Kelly, Deb and Matt, and Chris and Kayla were loved deeply and completely. So many hilarious stories and amazing memories were made. Steve worked in the restaurant industry in his twenties and early thirties. He then took a leap and went back to school and got a degree in business. He took his degree and joined many wonderful businesses over his years in Barrie. After living in Barrie for 20 years Steve made the move to the Island to start a new life with his love. He made so many new friends and had such an impact on those around him. His genuine interest in others and love for his new community made it seem like he had always been here. He will be missed at the Anglin Street Council meetings, golfing with the guys and spending time at the camp. Steve had so much to live for and so much more he wanted to do. His family and friends will bring him along in our hearts and minds. He will live on by our sides. Recently, Steve started working with UCCM and made it his home. He loved his new work family from day one and was so excited by his plans there. His impact will never be forgotten by those he touched. He never fully understood what he did for those around him. He made us laugh until we couldn’t laugh any more and he offered us his experience and knowledge in such an open, genuine way. We feel him in the songs and music he was so passionate about. He wanted the best for those he loved and gave his friends and family the best of himself. He had a light in him that couldn’t be denied and will never be forgotten. Visitation will be held at Island Funeral Home, Little Current on Thursday, February 17, 2022 from 3-5 pm and 7-9 pm. Memorial donations may be made to the Heart & Stroke Foundation as expressions of sympathy and may be made through SimpsonFuneralHome.ca. You must show proof of double vaccination and must wear a mask at all times. Please remember to socially distance.