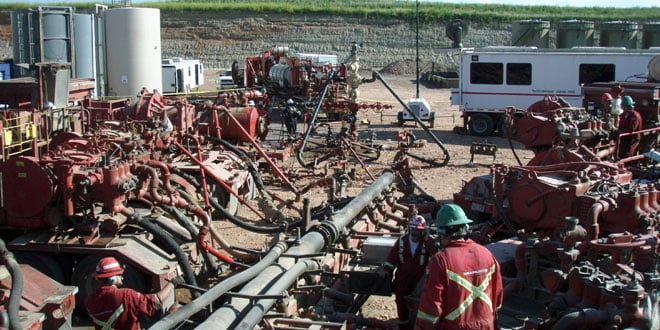 “The council decided to do a survey online,” said MASC secretary Therese Trainor. “The Manitoulin Expositor has agreed to host the survey on their website and we have created a preamble and poll question, as well as a survey, to find out what the opinion of the Island is on fracking before they take a position.”

The preamble to the survey explains what MASC is, explained Ms. Trainor, and the survey is intended to give the organization good solid data on those expressing a viewpoint. “We really want to know what it is the Island thinks,” she said.

The preamble, poll question and survey have been submitted to the members of the MASC board for their review and approval before being posted. “I have not heard back yet from the board members,” said Ms. Trainor, but she added that she remains confident that the survey will ready fairly soon in the New Year.

Concerns about fracking arose recently on Manitoulin with news of a drilling program by the Ontario Geological Society that included data from the Island in its report. Although there was recent drilling data in the OGS report, the holes drilled on Manitoulin that provided the local data contained within the report were actually drilled in 1984—more recent holes were drilled in the geological formations that extend through Manitoulin on the lower Bruce Peninsula.

Fracking has been banned by legislation in Quebec and the Ontario government is currently reviewing its policy and regulations on the practice.

New Brunswick has been wracked by First Nations protests over fracking exploration in its fields, including highway blockades and the torching of police vehicles during the emotionally charged confrontations and local First Nations leaders have expressed adamant opposition to any suggestion that the practice might take place locally.