Co-brewer Blair Hagman told The Expositor that over 1,400 people attended the festival that saw hundreds of international craft breweries and 16 Ontario craft breweries, among them Manitoulin Brewing Co. , hawk their wares. 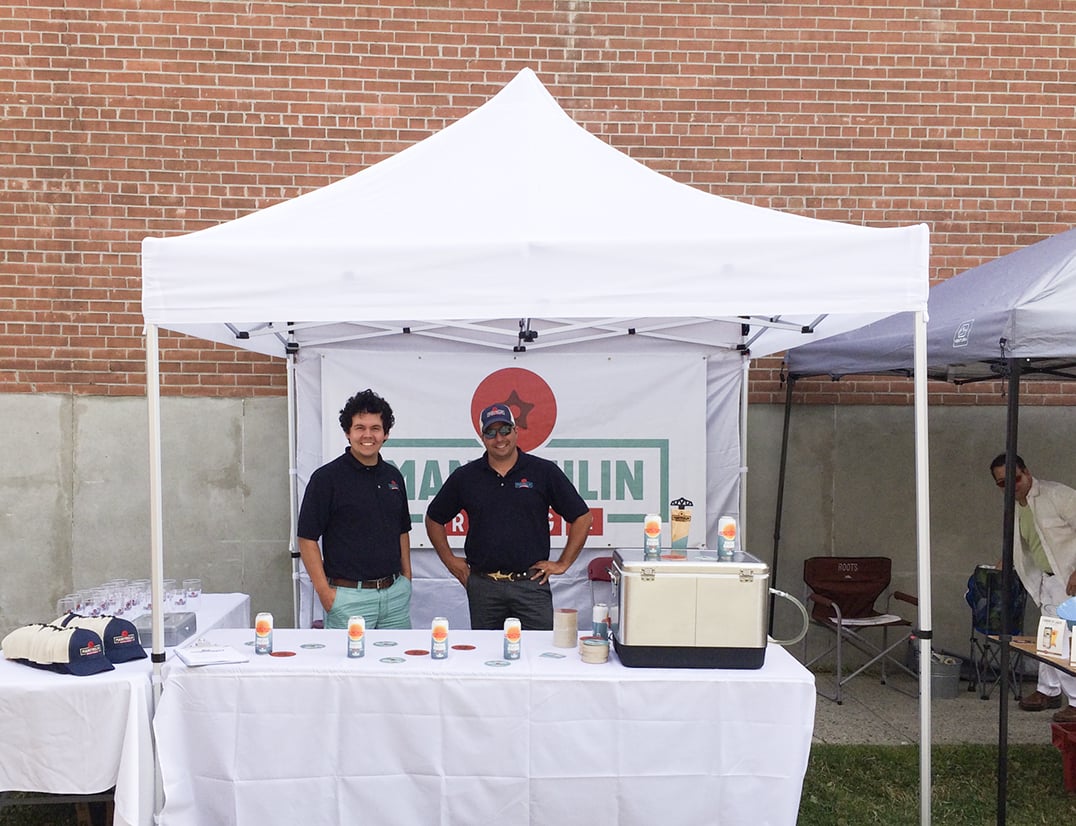 Mr. Hagman was pleased to report that he and business partner Nishin Meawasige distributed one 50-litre keg and four 30-litre kegs that day to hundreds of happy beer lovers.

“We had awesome feedback from people and sold lots of merchandise,” an enthusiastic Mr. Hagman said. “We were told we had the greatest light beer at the event and people were waiting to try the beer.”

He also noted that after giving the Little Current outlet of the Beer Store its first shipment of the Blonde Ale, the store was sold out. (The Beer Store gets 60 cases delivered every two weeks, as per Manitoulin Brewing Co.’s licence agreement, so far.)

The pair will be heading to the North Bay Craft Beer Festival this week  and are excited to continue to spread the word about their product.

“We’ve just been keeping up (with demand),” Mr. Hagman said. “We’re up to 80 hectolitres a month and getting ready to transition to the new brewery (located in Little Current).”

“We’ve got some exciting news to announce in the coming weeks too, so stay tuned,” Mr. Hagman teased.