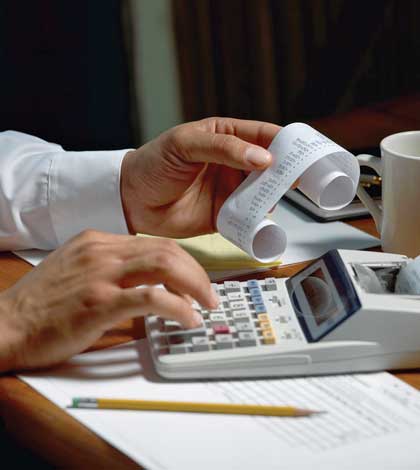 HONORA BAY—The Northeast Town Taxpayers held its annual general meeting last week at the Manitoulin Nordic Ski Club in Honora Bay, reflecting on a year of changes and advances as an organization.

Chair Robert Paxton began the meeting, thanking the executive board for all its hard work throughout the year and throughout his medical leave from the organization.

“Thank you all for your trust and confidence in me when I was ill and inviting me back to chair,” said Mr. Paxton. “It was a great and busy year. I must especially compliment and thank Irene (Callaghan) for all the hours and hard work she has put into the organization. I think throughout this year we have really earned the respect of council and it is a great step forward for us joining the larger Northeastern Ontario Regional Association of Ratepayers (NORAR).”

Mark Volpini, who was acting chair in Mr. Paxton’s absence, also commented on the association’s success over the past year.

“Every year the organization seeks to evolve more and this year I think this was especially true,” said Mr. Volpini. “We had a conversation in the beginning of the year, asking ‘are we really making a difference?’ and I think this year we really started seeing results. We were asked to participate in NORAR and we have seen a lot of success in 2013, some small, but all with a massive impact on the municipality.”

Among the review was the association’s presentation to the Manitoulin Centennial Manor’s board of management regarding financial viability, reviewing and providing input to the Northeast Town’s 2013 budget, contacting the North East Local Health Integration Network to ensure beds remained at the Manor, the request and encouragement of an MPAC assessment presentation for the public, addressing water issues at White’s Point (an ongoing effort Ms. Callaghan noted), the request of a think tank to discuss the disparity in taxation between the wards (Ms. Callaghan also noted that although the think tank idea was not followed through by council, a public meeting was held on the subject), monitoring the sale of the town’s subdivision properties and the suggestion to council of other uses for the Gas Tax (which has been taken into consideration in the 2014 budget, said Ms. Callaghan).

“We have had two members join the Rural Community Services Advisory Committee,” added Ms. Callaghan “We are also continuing to monitor the cost of the new Artisan Incubator Centre of Technology and municipal offices.”

As part of joining NORAR, Ms. Callaghan said that the organization is working with NORAR in developing a municipal survey to keep tabs on the mayor’s and council’s performance.

“We have been meeting with the CAO (Dave Williamson) and mayor (Al MacNevin) on a monthly basis,” added Mr. Volpini. “Other groups in the NORAR commented how surprised they were by our relationship with our mayor, staff and council and I think this relationship is what makes us so unique as a taxpayers’ association.

The group also discussed council’s ward representation and the conversations that both council, the public and their organization had throughout the year regarding the Northeast Town council’s makeup.

“This is an issue that we should continue to debate and discuss,” noted Mr. Volpini.

Officers for the board were nominated with Emily Weber resigning and Richard Lathwell stepping down from his role, while Tony Ferro, Jack Wood, Brenda Caloyannis, Ilse Gieselmann, Irene Callaghan and Robert Paxton were renominated.

The board also decided that it would make a deposition to council on the 2014 municipal budget in the early new year, waiting to see what council’s final “bottom line” is.