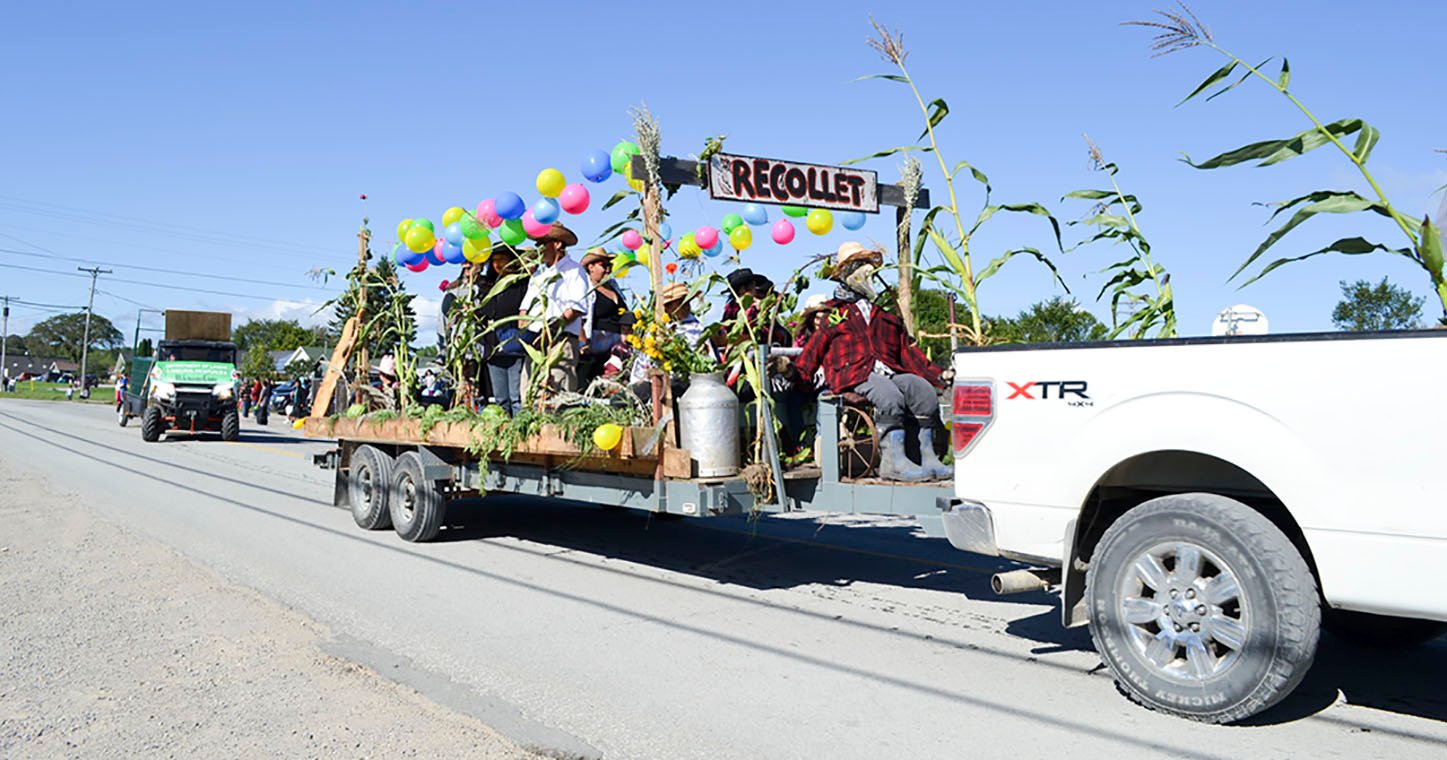 WIKWEMIKONG— Wikwemikong held its Fall Fair this past weekend themed ‘Growing at Home.’

“It was a great weekend,” commented organizer Jacqueline Hopkin. “We had a good turnout and a lot of community support.”

The weekend kicked off with exhibit entries on display at the Wikwemikong Arena and a family dance on Friday night.

Saturday morning began with a community breakfast, followed by the parade. 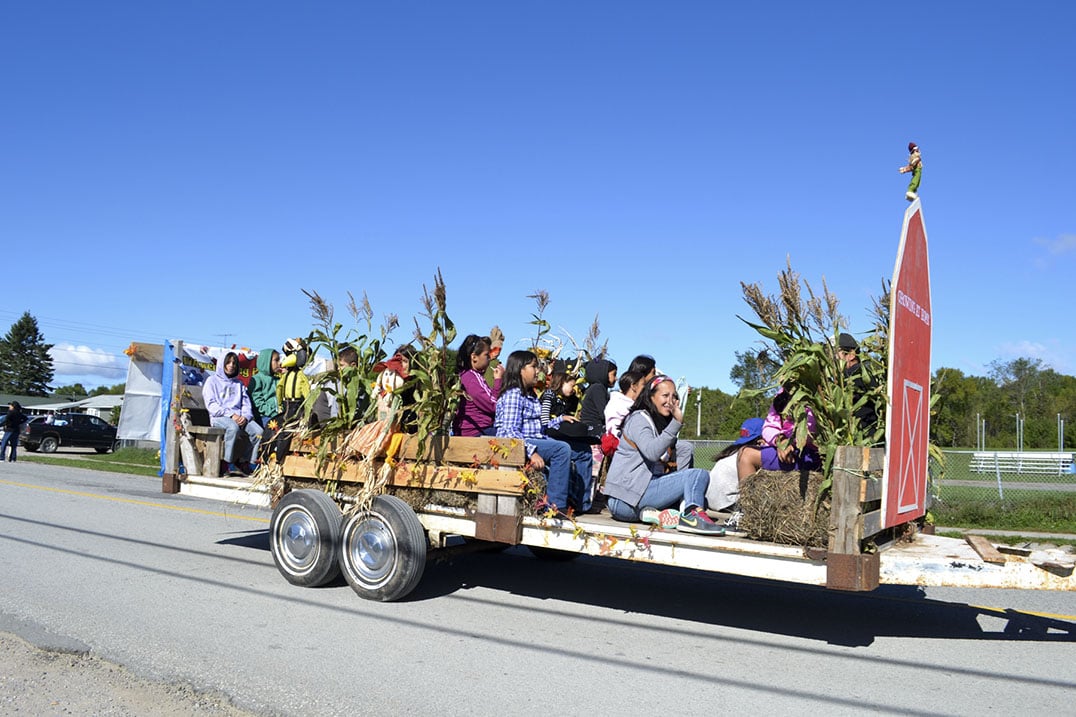 There were a lot of amazing entries in the parade, but John Recollet’s float was selected as this year’s winner.

A lot of community spirit was also shown during the Lil’ Farmer Pageant. The winners included Jenna Assinewai in the one-year-old category, Calloway Trudeau in the two-year-olds, Aubrey Shawagonaue in the three-year-olds, Brooke Simon in the four-year-olds, Alyssa Peltier in the five-year-olds and Radim Eshkawkogan in the six-year-olds.

The truck pull was well attended with two divisions of trucks having to drag weight 20 feet. First place in the diesel division went to Aaron Corbiere who pulled 10,000 pounds with his Dodge. In second was Ruben Manitowabi and third, Curtis Corbiere, also both with Dodge trucks.

In the gas division, pulling 7,000 pounds for the win, was Richard Trudeau and his Dodge. Kevin Mossip and his GMC came in second and Chuck Peliter with his Chevy came in third.

Later in the afternoon a big crowd gathered again for the horse pull. People lined up and enjoyed the delicious pig roast while taking in the event.

The Best Teamster Award in memory of the late Jim Roy went to Doug Thompson with horses Doc and Casey.

In the lightweight division, first place went to John Graham (with Snap and Bell) and second place to Blaine Gilbert (Peanut and Ben).

There were lots of great events for kids throughout the day including inflatables, horse rides from Kicking Mule Ranch and Texas horseshoes.

The Wikwemikong Fall Fair concluded with a licenced dance with music from Sweet Nectar. 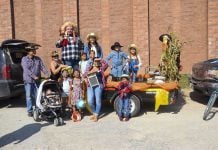 Wiikwemkoong Fall Fair celebrates Country Before It Was Cool 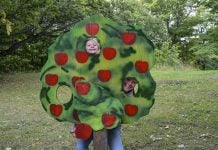 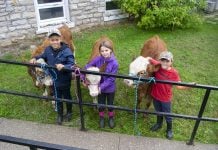 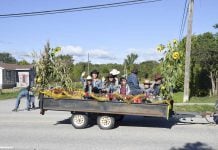 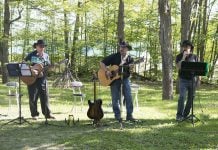 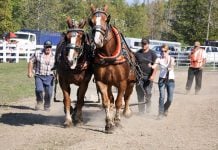