Renshi Dan Fletcher explained that the ceremony was a surprise for his three black belt students, Mackenzie Cortes, Jeff Graham and Anya Wright, as he had only told them that their ceremony would happen within six months. When the date was decided, he informed the students’ families to ensure they were on hand to help mark the significant event.

“Mackenzie received her probationary black belt three years ago,” Renshi Fletcher said, noting that the 16-year-old has been a student of his for the last nine years. “She’s a hard worker and super focussed,” he said of her talents.

Along with the entire school, Renshi Fletcher’s instructors Hanshi Yogi Israel Segarra and Kyoshi Alice Segarra, of Whitefish Falls, were also on hand for the black belt presentation.

As part of the ceremony, the three students had to take part in preset forms, sparring, dedications and a pledge to help the school out, which they do in spades, the renshi noted.

“They’ve more than surpassed their requirements,” he added.

“Black belt literally means you’re now a student of the martial arts,” Renshi Fletcher said. “This is when things really start getting interesting. To have that many black belts under me I can now delve deeper into things.”

For himself, Renshi Fletcher received his black belt at age 17. 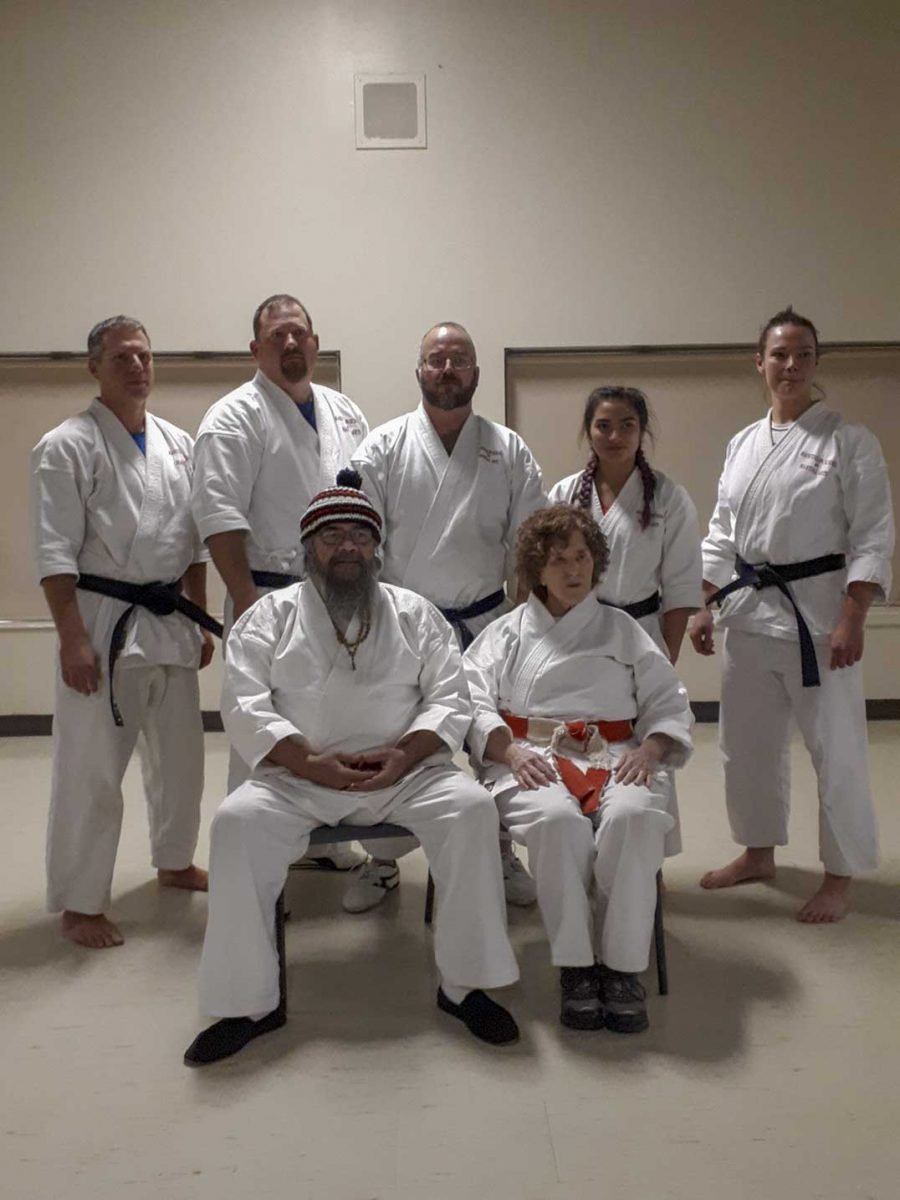 Last weekend a number of the students, Mackenzie among them, travelled with Renshi Fletcher to Ottawa to the Capital Conquest for two days of training. The renshi set up special training for his youngest black belt to help push and encourage her talents.

The Manitoulin School of Martial Arts boasts 80 students, “which is remarkable for such a small island,” the renshi remarked.

Renshi Fletcher encourages anyone interested to attend a class, held Wednesday nights at the Little Current rec centre hall. Participants can join at any time throughout the year.