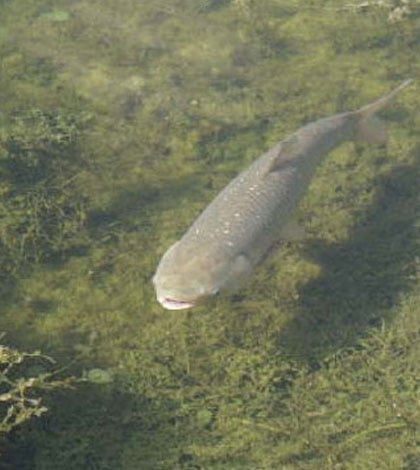 In light of recent political squabbles at every level, it may stretch the imagination to believe that a member of one political party, on the opposition side of the Ontario legislature at that, might question ministers of the government except to point out the ruling party’s shortcomings for that is the way the game is played, especially during Question Period.

This week, we are prepared to give Progressive Conservative MPP Toby Barnett, who represents the Southwestern Ontario riding of Haldimand-Norfolk, the benefit of the doubt following his exchanges with the Minister of Natural Resources, David Orazietti, and also with Jim Bradley, Minister of the Environment.

Mr. Barrett’s exchanges with the two ministers a week ago voicing his concerns should the Asian carp enter the Great Lakes, together with a statement on the topic he read into the legislative record on another occasion, as reported in a story in this week’s paper, seem to indicate that Mr. Barrett is expressing genuine fear at the prospect of Asian carp invading the Great Lakes from any of a number of potential access points and he is not speaking merely to score political points or to embarrass the governing Liberals.

Mr. Barrett makes the excellent point that this battle against an invasive species that would have the ability to disrupt the Great Lakes fishery, both sports and commercial, on an epic scale is now being fought on at least two fronts as the invasive species has been found in the Sandusky River watershed in Ohio, where it has been determined that adult fish sampled have spent their entire lives. He underscored the point that this is a Great lakes tributary.

Mr. Orazzetti, MNR minister, didn’t argue this point but pointed out that adult examples of a species of Asian carp, grass carp, have been found in the Grand River at its mouth and have been determined to be sterile and non-reproductive. This will be because of another measure, chemical sterilization of the fish, the US has employed to keep the fish at bay.

Mr. Barrett does well to raise the issue and for the MNR to admit that the species has been found in the Grand River is very disturbing, whether they’re sterile or not.

This river, which has its mouth at Port Maitland on Lake Erie, cuts diagonally across Southwestern Ontario from where it rises near Dundalk (a town just north of Shelburne).

That means that the Grand River watershed is the largest of any southern Ontario river, with hundreds of tributaries of all sizes. And that means the fish has the ability to invade lakes and rivers throughout the province, if it starts to reproduce in any of our Great Lakes.

The grass carp is a fairly benign invasive species in the scheme of things, but the fact that it has made it into our waters on its own means that, with a little more effort, some of its nastier Giant Asian carp cousins will likely be able to find their way here too.

Mr. Barrett’s appeal to the Ontario government had the ring of a “cry from the heart” to it, rather than the usual political malarkey that is driving more and more Canadians to disengage from the electoral process.

His appeal, as it appears in Hansard, the official written record of the business of the legislature, appears genuine and also expresses a real fear of the consequences of an invasion into the Great Lakes of giant Asian carp. This concern is something all of us who live on or in some way derive our living from one of the Great Lakes must share.

Well done, Mr. Barrett. Anything to keep this issue as prominent as possible and helps seek creative solutions is absolutely the right idea. This, like Great Lakes water levels, is an issue whose importance vastly outstrips political party allegiances and where common cause is called for.