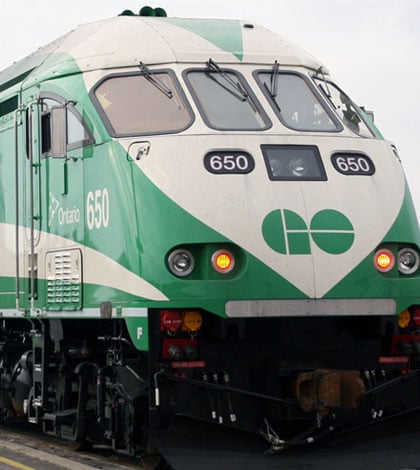 ONTARIO—Provincial and local politicians are upset with the announcement by the province that they are considering recommendations in a transit investment strategy advisory panel report that will see municipalities throughout the province having to pay more in HST and gas-diesel costs, to provide for more new dedicated revenue for the Greater Toronto and Hamilton Area (GTHA) transit projects.

The Association of Municipalities of Ontario (AMO), in a release dated December 12, reported that the Transit Investment Strategy Advisory Panel has released its final report. “The final report of the Transit Investment Strategy Advisory Panel chaired by Anne Golden has been released. Glen Murray, Minister of Transportation and Infrastructure, said the government is reviewing the report and will propose its investment plan in the spring.”

“The panel recommends new dedicated revenue for Greater Toronto and Hamilton Area (GTHA) transit projects from a combination of sources including added gas tax, corporate income tax and harmonized sales tax revenues,” AMO reports. “They would raise between nearly $3 billion to $3.3 billion depending on the option chosen. Chair Anne Golden said the cost of congestion in the GTA is $6 billion per year, while drivers would pay between $130 and $260 in increased gasoline taxes, the cost of not implementing the Metrolinx plan could add $700 annually for the average driver.”

“(AMO) members should note that the various tax increases are recommended to apply province-wide,” the AMO release points out. “However, the panel recommends that revenues raised outside the GTHA should be available for priorities elsewhere in Ontario, but it provided no direction on what and how this would be implemented. It did recommend that for the GTHA these revenues would need to be separately managed from other government funds.”

“This government just doesn’t get it,” stated Mr. Mantha. “Costs continue to increase and families are expected to pay more. And larger municipalities will get the benefits, while small rural areas will just be hit with higher costs, and receive no benefits.”

“First we had been told that these costs would be shared across the province, then we were told it would only include the Toronto and Hamilton areas, and now it includes everyone in the province sharing in the costs, including Northern Ontario,” stated Billings Mayor Austin Hunt. “We all know our governments are in debt and need more money, but this is just a case of overspending, and now we are all paying the costs,” said Mr. Hunt. “We are living in the generation of governments saying let’s do it and let someone else pay for it.”

Billings Councillor Tom Imrie said in an email to the Recorder, “the news media are predicting a 10 cents per litre province-wide increase to the gas tax to fund GTHA’s transit plan. There is no clear plan to use the money anywhere but in the GTHA. Considering the Liberal government’s track record, I personally have serious concerns about their ability to responsibly manage our tax revenue, given their records with E-Health, gas plants, Ornge, green energy and so forth. I hope the chair of Metrolinx will set the record straight on this announcement.”