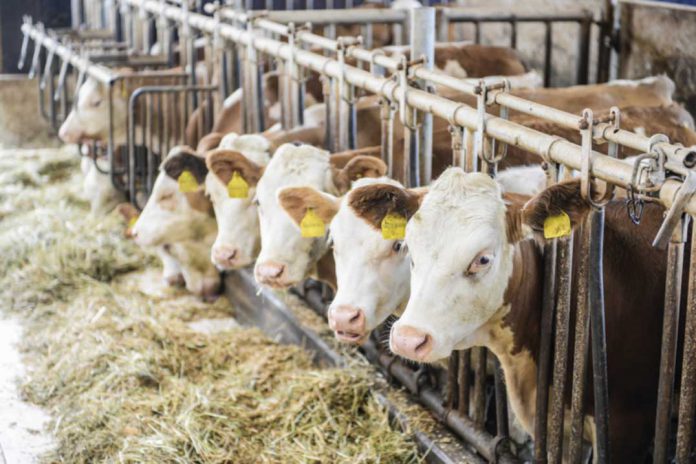 TEHKUMMAH—Dairy farmer Alex Anstice shakes his head ruefully when asked about the latest attack on Ontario’s supply management system by the current president of the United States, and it isn’t just Canadian farmers that have been left scratching their heads—the purported victims, American dairy farmers in Wisconsin, are equally frustrated by the president’s lack of understanding of the issues facing their industry.

Following an attack on the Canadian softwood lumber industry, President Trump doubled down by saying that what the Canadian diary industry has “done to our dairy farmers is a disgrace.”

At odds is the Canadian supply management system, which seeks to balance the supply of milk with domestic demand through a quota system. In essence, Canadian dairy producers must purchase “quota” which allows them to produce a certain amount of milk. As demand increases, quota is marginally increased to meet that demand.

Mr. Anstice is trying to not get too worked up over the president’s remarks, however. “I think many people have figured out that what Trump says you can’t take seriously,” he said. “It seems to come right off the cuff without much research involved.”

Although he claims to “not be any kind of an expert,” Mr. Anstice does admit that, like many dairy producers, he has been following the debate taking place both south of the border and in Canada with close interest.

The latest round of angst being expressed in the US halls of power was apparently precipitated by the creation of a new class of diary products designed to close what had been a loophole in the supply system that the American producers had been exploiting regarding ultra-filtered milk.

“The Dairy Farmers of Canada closed the loophole by creating another ingredient class,” noted Mr. Anstice. “Before that, it wasn’t considered a dairy product when it obviously was.”

The unfettered American dairy industry has led to a massive oversupply that is threatening many of the few remaining small family farms in Wisconsin. “From what I understand, the president’s remarks came right out of left field for them too, they don’t seem to be blaming Canada for having a system that works,” said Mr. Anstice.  “They are realizing that they don’t have a system that works and that we do.”

The proof is in the pudding, or in this case on the grocery store shelves.

“A group from the Dairy Farmers of Ontario took pictures of the price of milk in Walmart in the US and in Canada on the same day,” he said. “What they found was that milk is actually just about the same price, or even more expensive in Canada than it is in the US.”

Mr. Anstice said that Canadian farmers are concerned about their southern neighbours, despite the war of words and tariffs that the American president seems intent on imposing. “All Canadian farmers care about the Wisconsin farmers,” he said. Farmers across North America can empathize with the challenges that they face in the marketplace.”

“You have to be taking on a lot of debt to be going into farming,” said Mr. Anstice, and that holds on both sides of the divide. “I know a lot of my friends have taken on a lot of debt in order to buy quota to start up. They are going to have to work long and hard to pay that debt down.”

In the US, young farmers face similar issues, “There are farmers down there who have been encouraged to take on more production, only to be suddenly told by the dairies that they are not going to take anymore of their milk,” he noted. Without the controls of supply management, the only winners seem to be the bankers.

US exports to Canada continue to outstrip those going the other way by a significant portion. “The US exports something like $450 million more dairy products into Canada than it imports,” said Mr. Anstice. “Five times as much.”

In fact, Canada’s dairy trade imbalance has more than doubled over the past five years—completely counter to the claim that the supply management system is shutting out foreign producers.

Threats to the supply management system are not only to be found outside Canada’s borders, however. “I have been watching some of the candidates in the Conservative leadership race,” he said. “You see someone like (Maxine) Bernier who says he wants to get rid of the supply management system because Canadians are paying too much for dairy in Canada.” But facts do not bear that stance out.

“It’s not true,” said Mr. Anstice. “If you look at the price of non-hormone milk in Canada and other countries on the global natural milk market in Canada the price is currently 148 cents, in New Zealand it is 168 cents and in the US it is 165 cents.”

In an interesting sidebar to all things dairy, bovine growth hormone, which is outlawed in Canada and Europe, proved the downfall of the previous owners of the Royal Michael’s Bay Resort and Golf Course when they were pinched for supplying the underground market there and the property in Canada was seized by the Belgian government as proceeds of crime.

Manitoulin Publishing’s Rick McCutcheon grew up on a dairy farm outside Nobelton, just north of Toronto on Highway 27 in the 1950s, before the supply management system came into being.

“Ours was a bit of a mixed farm, although if you asked him my dad would have said he was a dairy farmer,” he said. “I think most of those farming around there would have said the same thing about themselves.”

In those days, milk was poured basically right from cow into those icon milk cans now most likely to be seen decorated with folk art in antique stores. “I lugged plenty of those cans in my youth,” laughed Mr. McCutcheon. “We loaded them off of a special platform right onto what was basically just a 30-ton truck.”

Before supply management, the farmer was at the mercy of the nearby dairy, and the dairy in turn at the mercy of the market, noted Mr. McCutcheon. “You would get a cheque every month from the dairy for your milk,” he recalled. “On it would be the amount you received for your milk.” But that would be for that portion of milk that the market could bear. “The note accompanying the cheque would say you got this much for your milk and this much was surplus, for which you got a lot less.”

The farmer dealt with the local dairy, which supplied a local market, and that market could fluctuate wildly. “If a lot of people went to the cottage in the summer time, there was no need for your milk at the dairy,” recalled Mr. McCutcheon.

Bud Wilkin of Little Current is a dairy farmer with a lot of years of experience and his opinion of life before supply management was quite succinct. “It was no good, simple as all that,” he said. “If your cows were producing good, then everybody’s were producing good and you got cut off. There was no source of steady income. No way to plan your business.”

Mr. Wilkin recalled that the local dairy had their own herd of dairy cattle which complicated the equation further. “When their cows were not producing they would take all the milk you could produce,” he said. When the dairy herd was pumping out the milk, the local market dried up. “You were pouring milk down the drain,” recalled Mr. Wilkin.

On the McCutcheon farm a dairy downturn was a pig’s paradise. “It’s illegal now, but in those days we could keep pigs on a dairy farm,” said Mr. McCutcheon. “I remember pouring milk into the pig’s trough.”

When the system first changed, still before supply management, and farmers were being forced to invest in bulk cooling and storage systems, Mr. McCutcheon’s father asked him (for not the last time) if he was going to follow him into farming. “I hemmed and hawed about it and he decided to get out of dairy and go into semi-retirement of beef farming,” said Mr. McCutcheon, who recently celebrated his 50th year in the newspaper industry. “I guess you can credit the lack of supply management for getting me into the newspaper business,” he said wryly.

Mr. Wilkin noted that despite the impact of technology over the years, the business of dairy farming is still not as attractive to a younger generation. “It used to be we had 38 producers on Manitoulin, now I think we are down to four or five,” he said. “The cost is high to get into it, and not too many people want to work seven days a week.”

As to the plight of Wisconsin farmers, Mr. Wilkin suggested they take a look at supply management, because, putting it in the taciturn simplicity of a lifelong farmer, “it works.”