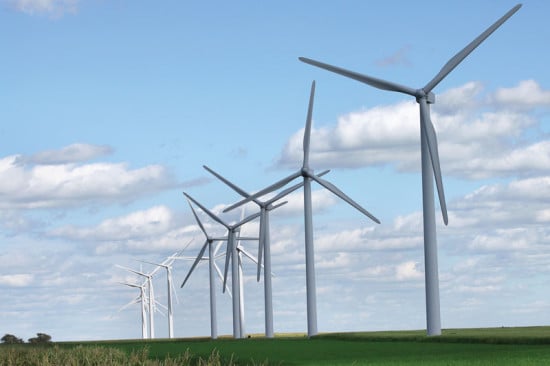 MCLEANS MOUNTAIN—The 24-turbine Northland Power wind farm atop McLean’s Mountain has been still as of late but the wind farm manager assures the public that all is well with the massive turbines.

“Hydro One is doing servicing on the hydro grid and while they bring it up to speed, the turbines are offline for production,” Northland Power manager Rick Martin told The Expositor. “It (the interruption) has been scheduled for a year.”

The turbines are expected to be spinning again by the end of this month.

He noted that the turbines also went through their annual inspection last week, which took two to three days. “We did it in parallel with the Hydro One servicing.”