LITTLE CURRENT – Turner Park, located on the Campbell Street East bluff overlooking the Port of Little Current’s picturesque downtown core, will be getting an age-friendly makeover in the weeks to come.

At the June 23 meeting of council, a staff report came before mayor and council suggesting that the $25,000 capital project of a new washroom facility for the Centennial Museum of Sheguiandah playground park be postponed with that money reallocated to turn Turner Park into an age-friendly community space.

CAO Dave Williamson noted that the museum park currently remains closed as per provincial orders and is functioning “quite well” with an enhanced porta-potty. Mr. Williamson then suggested to council that the $25,000 be reallocated to perform work at Turner Park. Work would include raised beds, gardens, an accessible pathway, additional accessible seating, the creation of a meditation labyrinth, a gazebo for shade and a water fountain.

“It would be a place for seniors to go to enjoy the beauty of the Island and be highly accessible,” Mr. Williamson said, adding that the Sheguiandah washroom project would be moved to next year.

Sheguiandah councillor Dawn Orr was the first to speak, raising concern that Sheguiandah was missing out once again.

“We have waited for that washroom in Sheguiandah for a long time,” said Councillor Orr. “It’s about time this project happened. I would like to see at least some of the work done in Sheguiandah. Let’s at least get it started this year. I definitely won’t be supporting this; this money should stay in Sheguiandah.”

Councillors Michael Erskine, Barb Baker, Bill Koehler and Laurie Cook all said they were in favour of the Turner Park project.

Councillor Orr requested a recorded vote with her nay the lone dissenting vote. A motion was passed for the reallocation of funds. 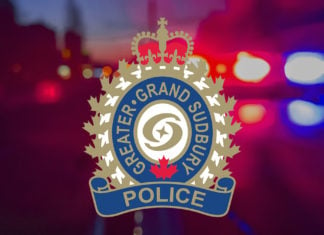