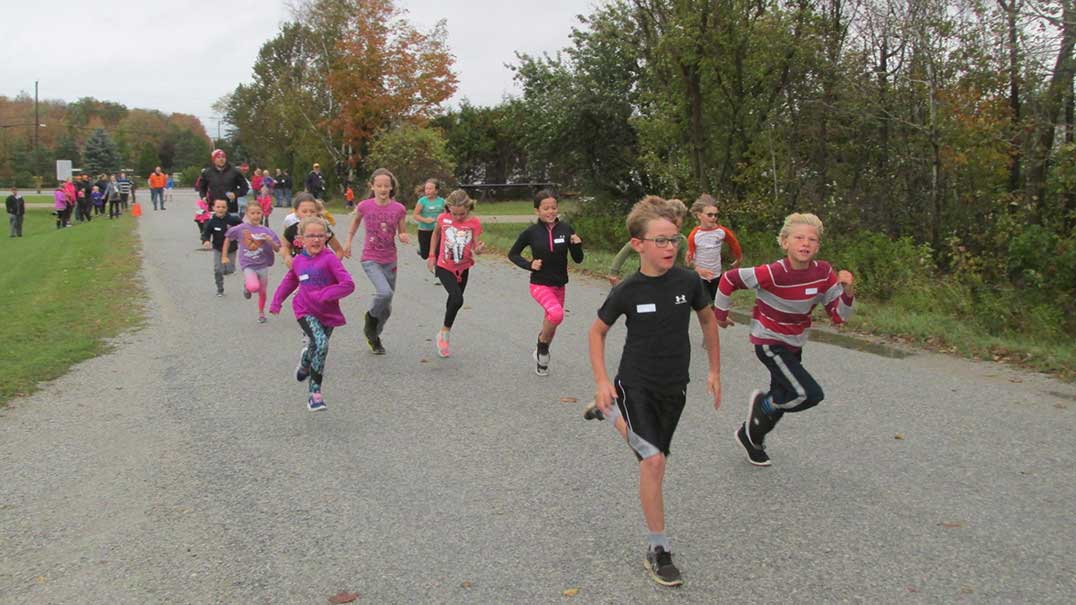 MINDEMOYA—Despite the strong threat of rainfall, the annual Mindemoya Thunder Fun Run was held this past Sunday, with great results.

“We would like to thank all the kids for participating, the parents for their support, and for all those who had a part in all the fundraising that was carried out,” stated Chris King, president of the Mindemoya Minor Hockey Association (which hosts the annual fun run), at the awards ceremony.

A total of 25 youngsters took part in either the two or five kilometre runs.

Chris King noted as well that the prize for the highest amount of pledges raised for the race ($255) was won by Rylan Carrick.