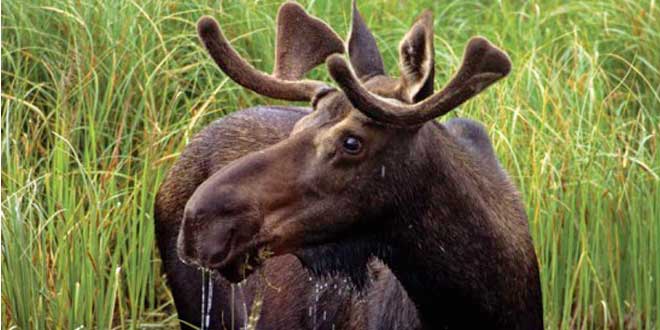 WEBBWOOD – Two Webbwood men have each been fined $1,500 and received a 15-year moose hunting licence suspension for offences under the Fish and Wildlife Conservation Act.

Michael Caverly and Perry Caverly pleaded guilty to hunting moose without a licence and making a false statement to a conservation officer.

The court heard that on November 8, 2013, Michael Caverly and Perry Caverly were hunting deer in Gough Township, north of Webbwood, and shot a cow and bull moose.

Perry Caverly did not have a valid 2013 moose licence while Michael Caverly had one only valid for a calf moose. Realizing they had killed two adult animals, the Caverly’s attempted to have their offences covered up by asking a First Nation person to claim the moose were harvested under traditional hunting rights, which was unsuccessful.

Justice of the Peace Monique Mecheske heard the case in the Ontario Court of Justice, Espanola, on January 9, 2014

To report a natural resources violation, call 1-877-TIPS-MNR (847-7667) toll-free any time or contact your local ministry office during regular business hours. You can also call Crime Stoppers anonymously at 1-800-222-TIPS (8477)