GORDON – The Gore Bay Flying Club (GBFC) had two student pilots pass milestones on May 11 at the Gore Bay-Manitoulin Airport.

Mark Wilson took his flight test and passed, and Jim Martin flew his first solo flight. Both are students of the club’s instructor, Wade Cook.

“I’m very proud of both students,” stated Mr. Cook. “It’s a lot of work to get to each of these stages, and each student has learned a lot of flying skills. Mark can now get his licence when he passes his written exam, and Jim can fly solo in some of his lessons as he gets ready for his flight test.”

Mr. Martin commented that he is pleased to get to the solo stage, with instructor Cook helping him resume his lessons this spring.

“Wade is an excellent instructor,” said Mr. Wilson, “and he kept me going all this time. Sure enough, you’re never too old or too young to fly. At 63, I was our club’s oldest student, and I’m happy to see several young people interested in our Youth Pilot Training Scholarship and taking the first steps, even as young as Grade 8.”

Mr. Wilson’s father Clare and mother Violet were both pilots flying out of the Gore Bay Airport, as was his brother Timothy and brother Perry, who now flies as a corporate pilot in Alberta, and nephew Ben is an Alberta pilot.

The Gore Bay Flying Club started in 2017 and has produced several new pilots on Manitoulin. 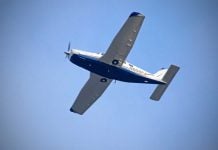 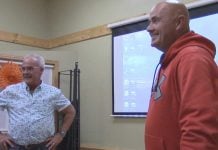 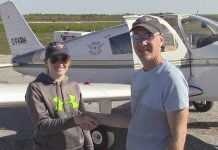 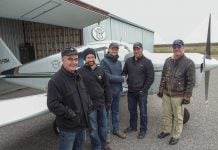 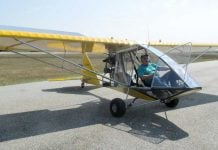