The election is being held under the M’Chigeeng Custom Election Code. Nominations opened on February 15 and those being nominated for a band leadership position had until February 22 to withdraw from the ballot. The above list includes those who did not withdraw. If anyone withdraws after February 22, their name will remain on the ballot but their votes will not be counted.

An advance poll will be held on Saturday, March 21 from 12 to 6 pm at the M’Chigeeng Community Complex.

The election will be held on Saturday, March 28 from 9 am to 6 pm at the M’Chigeeng Community Complex.

The counting of ballots will take place at 6:15 pm, with the results being announced upon completion of the count.

The electoral officer for the M’Chigeeng band elections is Peggy Manitowabi. 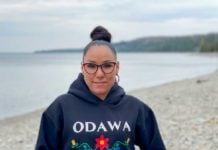