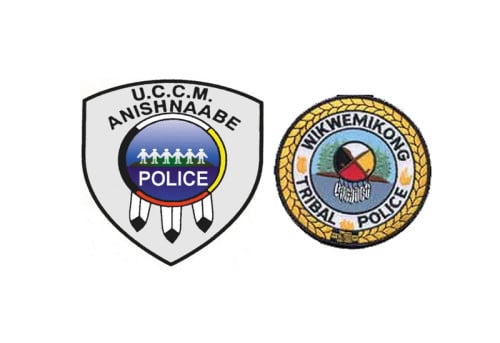 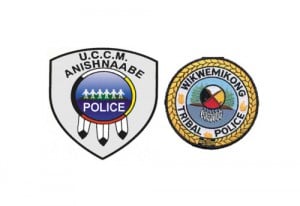 MANITOULIN—On February 20, 2010, M’Chigeeng’s Shane Beboning was stabbed to death around 2 am. His death was the result of a drug- and alcohol-fueled altercation between three cousins who stormed their M’Chigeeng home to confront Mr. Beboning’s older brother.

Two of the three cousins involved in the case have been sentenced, and both cited drugs and alcohol as influences in their actions and decisions that night.

Preventing gang- and drug-related violence is a key community safety strategy for both the UCCM Anishnaabe Police and the Wikwemikong Tribal Police and as part of that strategy, the two police services have joined forces with the Greater Sudbury Police Service’s (GSPS) Provincial Anti-Violence Intervention Strategy (PAVIS).

The program in Sudbury has been running since December 2008 and started with a guns-and-gangs division in the police service. After a successful run, the provincially-funded program expanded to community outreach.

“The drug trade is a concern,” Police Chief Reid told The Expositor. “It’s responsible for a lot of social dysfunction and personal heartache. It seems to be a trend with youth to get involved with drugs. It puts a lot of stress on everybody in the family and then there’s dysfunction and conflict and then it just spirals.”

The UCCM Anishnaabe Police Service covers six First Nations communities on Manitoulin: Whitefish River, Aundeck Omni Kaning, Sheguiandah, M’Chigeeng, Sheshegwaning and Zhiibaahaasing. According to the service’s chief, Rodney Nahwegahbow, the UCCM police is fairly new to the PAVIS initiative and is just starting community outreach to connect with service providers in the community.

“Our involvement is brand new,” Police Chief Nahwegahbow said. “(It’s been) just about six months that we’ve been involved in this program. Now we’re trying to involve community-level stakeholders, the people and service groups who work with the youth. We’ve opened an invitation to our community level.”

The time Island youth spend in the Sudbury District Jail is a big concern to both police chiefs, as it gives unsavory types the chance to influence the young adults who will eventually return home.

“(The GSPS is) telling us that as these gang members make it through our correctional system, they’re ending up going through local places like Sudbury District Jail,” Police Chief Nahwegahbow explained. “Because we have community members in that system, it creates a foundation for problems. There is a level of risk—there’s always the chance they (our youth) will be influenced or contacted for organized crime’s purposes.”

“(Sudbury Jail is) a breeding ground of problems and issues,” Police Chief Reid stated. “The young people—they’re young. All young adolescents go through this rebellion thing. They know everything, you can’t tell them anything and they’re going to do what they want to do. They don’t look down the road at the repercussions.”

After getting in trouble at home and the law, it’s often very appealing for youth to “join a family,” such as a biker gang, a west-coast gang or one of the many Native gangs. And once someone is in a gang, it’s very difficult to exit. People trying to leave gangs face potential violence and death. That’s why reaching out at a community level to identify at-risk youth before they join forces with organized crime is so important.

Inspector Bob Keetch has been involved with PAVIS in Sudbury since its start in December 2008. Inspector Keetch, along with Anna Maria Barsanti, a former Sudbury high school principal and Constable Grant Doakis have embarked on a three-prong prevention, intervention and enforcement program. The programs have brought in specialists in organized crime to speak to the community and the students. In addition to these outings, the PAVIS program paid to have one of its speakers, Rick “Ozzy” Osborne, to work with troubled youth rebuilding a motorcycle. Mr. Osborne is a former biker gang member who, during a 20-year stint in jail and a brief time on Canada’s Most Wanted list, turned his life around.

Projects like these reach the youth in trouble, Inspector Keetch explained.

“We want to involve the youth,” he said. “It’s critical our youth have a voice.”

One of the reasons why the Sudbury police reached out to the Island’s police services is because traditionally, there is a lot of travel between outlying communities and the city.

This isn’t the first time the Sudbury police have worked with the Island’s police services. Wikwemikong warmly received the community policing initiative developed in the past three years, he noted as an example.

Both the Wikwemikong Tribal and UCCM Anishnaabe police services spend time going back and forth between Sudbury to learn from and brainstorm with PAVIS members in the GSPS.

“Right now, the committee is looking at various programs,” Inspector Keetch said. “Edmonton has run a few excellent programs, but it has to fit our community, which is a lot smaller.”

As the committee runs through programs, the involved parties—police services, community services and non-profits—then bring these ideas home where those involved hope to see the programs have a positive effect on the community.

“Eventually we’ll be holding open meetings and workshops,” Police Chief Nahwegahbow stated. “We want to educate the community. We’d like to see that if there’s any symptoms or problems indicating the influence of these aboriginal gangs, community members would be able to identify them. We’d then be able to act in a preventative manner rather than reactionary.”

Neither police service is interested in letting organized crime establish a foothold, as the cost in trying to evict gangs is expensive, not just in money, but in manpower and often lives.

“Innocent people get caught in the crossfire in gang violence,” Police Chief Nahwegahbow warned. “It’s expensive dealing with the problem after the fact. So we need to stop it before it moves in.”