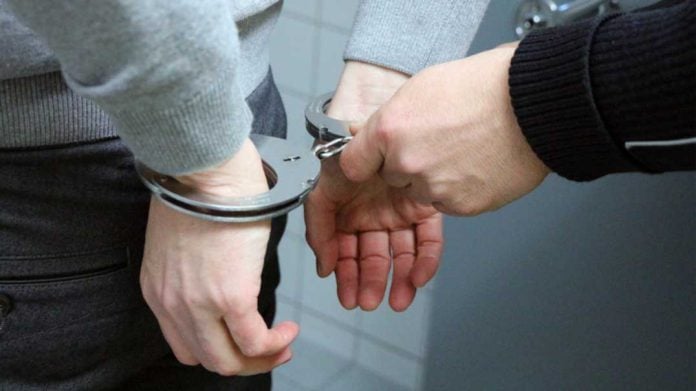 GORE BAY—The man who held the Little Current community in terror by committing a series of arsons in 2014 couldn’t resist returning to the Island over Haweater Weekend of this year, despite a year-long prohibition on returning to Little Current, and now he is serving more time behind bars following a September 26 court date in Gore Bay.

Clinton Gordon Haggart, 34, was sentenced to four months in jail with a two-year probation that includes the requirement that he stay out of the District of Manitoulin during that time.

Mr. Haggart has a long and storied interaction with the criminal justice system. Along with the arson charges that spanned three months in 2014 and this latest charge stemming from his return to the Island, Mr. Haggart was charged in April of 2017 with an assault on a female during a break and enter at a Sudbury residence. He was also charged with stealing 12 packages of cigarettes from his female victim (theft under $5,000). In that case he was indicted on four charges, but was found guilty of the assault and not keeping the peace and good behaviour (aka violating his parole), with the break enter and theft under $5,000 charges being withdrawn.

Prior to his 2014 string of arsons in Little Current, Mr. Haggart was convicted in 2005 of raping a woman on a remote shore of Lake Wahnapitae where he received a sentence of 23 months in jail on top of the year he had already spent in custody.