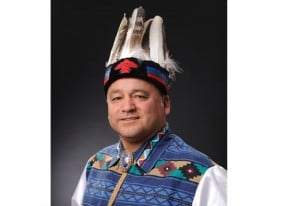 OTTAWA—Grand Council Chief Patrick Madahbee, as well as nine others representing the Anishinaabek Nation, will have a seat with the prime minister on Monday, January 23 in the first Crown-First Nations Gathering in Ottawa.

Chief Madahbee told The Expositor that at the gathering next week, the event will begin with an Ontario First Nations caucus meeting on Sunday to prepare for the Monday meeting with Stephen Harper. Only 130 seats were available, 33 of which represent Ontario. Ten of these delegates will represent the Anishinaabek Nation. Both Grand Council Chief Madahbee and Deputy Grand Chief Glen Hare are part of the federal delegation.

“All the tribes that have treaties with one another are going to plan this on Sunday and we’ve also been in discussion with our counterparts in the west to bring forward common issues facing our people,” Chief Madahbee added.

On top of the meeting with Mr. Harper, the gathering will include traditional ceremonies, including a sunrise ceremony, teachings, marches, speakers and entertainment.

While the meeting with the prime minister is taking place, various cabinet meetings will also be held on issues such as treaties, lands and governance, economic development, education, health and social services issues.

“The Governor General is planning to attend as well; the Crown’s true representative,” he observed.

Chief Madahbee said if time allows, he hopes to sit in on the forum on treaty and land issues. “The forums are more open, and any of the chiefs can go to these,” he said.

“We’re going to be pressing for two things: Crown and Assembly of First Nations cabinet meetings over the next 12-18 months, leading to a first ministers conference.”

The grand council chief said he hopes to see issues such as treaty implementation and jurisdiction, access to resources, education and health brought to light.

“We need to let the government know they have to stop with their extinguishment policies,” he added. “We refuse to give up rights in order to move forward with land claims. They need to know we’re not going away.”