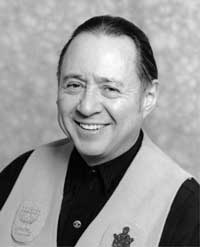 Peter Best continues to show he is swimming against the tide and out of synch on issues pertaining to the relationship between First Nations and Canada.

His latest misadventure, in the form of a letter to The Expositor (‘Writer takes issue with First Nations leaders on education rights and funding,’ January 8, Page 5) attacks First Nations-specific education, a concept he actually alleges “would be harmful to them.”

Mr. Best refuses to accept that education is widely regarded and accepted as a Treaty right.

One of countless resources he should read is Sheila Carr-Stewart’s essay in the Canadian Journal of Education, 26, 2 (2001), Pp 125-143, which says: “The treaties established the Crown’s fiduciary obligation for First Nation education. The treaties gave the First Nations responsibility for the implementation and control of education, and when and where educational services were to be provided.”

Federal Minister of Indian and Northern Affairs Bernard Valcourt begs to differ. He says: “Following the prime minister’s historic apology to former Indian Residential School students, the Government of Canada is committed to moving forward in a spirit of reconciliation,” and endorses “a legislative base that respects aboriginal and treaty rights, provides a commitment to quality, and enables First Nation control over First Nation education (as) a tangible demonstration of that commitment.”

Peter Best is a businessman, and should be aware that the organization most identified with business in this country—the Canadian Chamber of Commerce—issued a position paper in December on behalf of its 450 chapters. It was called ‘Opportunity found: Improving the participation of Aboriginal Peoples in Canada’s work force.’

The report notes that “The rights of Aboriginal peoples and First Nations treaties are protected by the Constitution Act (Section 35), and the courts have imposed the obligation on the federal, provincial and territorial governments to consult with Aboriginal peoples regarding any major projects on their reserve or traditional lands that would affect their rights and title.” It goes on to offer a host of recommendations specific to First Nations education, among them one urging that the federal government “Review the funding formula for education in First Nations communities to ensure parity with the provincial financing model in each of the provinces where First Nations schools are expected to adhere to the provincial curricula.”

As an apparent last resort, Mr. Best even tries to bolster his message with Biblical references, quoting Acts: “God made of one blood all nations of men for to dwell on the face of the earth.”

The Bible also tells us, Mr. Best, that “The human body has many parts, but the many parts make up the whole body…and God has put each part just where he wants it. This makes for harmony among the members, so that all the members care for each other. If one part suffers, all the parts suffer with it, and if one part is honoured, all the parts are glad.” (1 Corinthians 12:12-26)

(Incidentally, Patrick Madahbee’s proper job description these days is Grand Council Chief of the Anishinabek Nation, and Stan Beardy is Ontario Regional Chief for the Assembly of First Nations.)