ANN ARBOR, MICHIGAN – The US federal government has provided funding towards curtailing and preventing grass carp becoming established in Lake Erie and looking at other areas where the fish have been found.

“The (US) president (Donald Trump) signed the (Great Lakes Restoration Initiative) Bill last Friday, December 20 that provides $1 million for grass carp work to be carried out,” stated Mark Gaden of the Great Lakes Fishery Commission (GLFC) on December 23. “This is the first time money is going to the commission for this type of project, on ground prevention work and removal of grass carp.”

Mr. Gaden noted that grass carp are “present but not established in Lake Erie,” and the GLFC has been working with the United States, and the province of Ontario to prevent the grass carp fish from being established.

“The work to be carried out will be primarily for Lake Erie, it will be ground zero, as they are present in numbers there,” continued Mr. Gaden, “but this doesn’t preclude being carried out in Lake Huron where there is also a presence of grass carp.” He pointed out, “adult grass carp are not supposed to be fertile but they have been found in the Great Lakes for the past 30 years. And scientists have been finding handfuls of fertile grass carp.”

He said work could begin as early as this spring. “This is the first time that funding is being provided to GLFC for this type of work. I like the proactive action being taken by congress to provide resources to take the battle to the fish,” adding the GLFC is working with the Lake Erie Committee Ontario and four US states bordering Lake Erie. 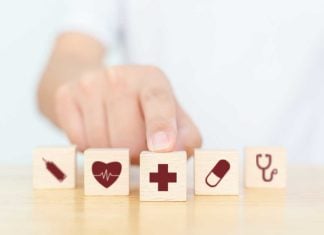 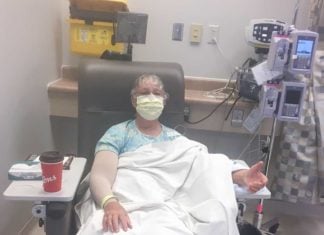 Expositor Staff - April 21, 2021
Chemotherapy begins for an upbeat Mary Buie EDITOR’S NOTE: In 2013 retired nurse and midwife Mary Buie approached The Expositor with a mission. She had...