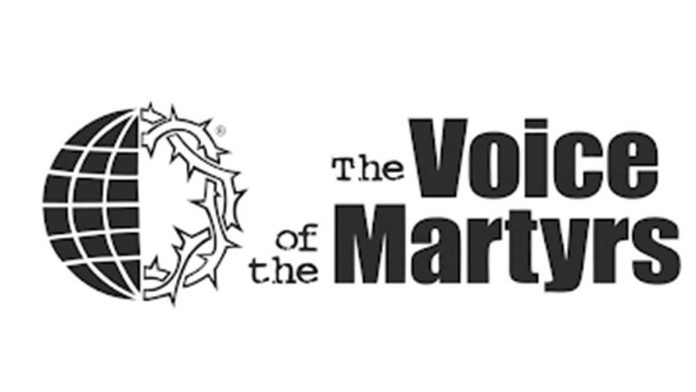 LITTLE CURRENT – For 14 years the late Richard Wurmbrand, aka Nicolai Ionescu, endured prison in his native Romania for daring to utter the words “Communism and Christianity are not compatible.” Now his story is being presented in a one-man show, ‘Voice of the Martyrs,’ and that show is being presented at the Little Current United Church on March 12.

“It is a very dramatic presentation,” said Wendy Noble, “but it is also light-hearted.”

The one-man show utilizes a high-tech laser light show and although it is being brought to the Island by the Mindemoya Missionary Church, the production is being hosted at the Little Current United Church due to the size of facility required. “It’s a vey large production,” explained Ms. Noble. “They told us we need 16 feet of height and room for a 20-foot wide stage.” Unfortunately, the ceilings at the Mindemoya church site were not quite high enough. Enter the ecumenical. Searching about for a suitable location, the organizers settled on the Little Current United Church hall.

Co-organizer Monic Shaw was very enthusiastic about the production. “I am really pumped,” she said. “I really enjoyed the production when I saw it two years ago, and ever since I have been trying to get them here.”

Richard Wurmbrand was born Nicolai Ionescu in 1909 Romania. He was a Romanian Christian minister of Jewish descent, having converted to Christianity in 1938. In 1948 he publicly said Communism and Christianity were not compatible and was swiftly imprisonment and tortured by the then Communist regime of Romania for his beliefs. After serving a total of 14 years, Mr. Wurmbrand was ransomed for $10,000.

His friends in Romania pleaded with him to leave the country and work for religious freedom from a location less personally dangerous. After spending time in Norway and England, he and his wife Sabina, who had also been imprisoned, emigrated to America and dedicated the rest of their lives to publicizing and helping Christians who are persecuted for their beliefs.

He went on to author more than 18 books, the most widely-known being ‘Tortured for Christ.’ Variations of his works have been translated into more than 65 languages. He founded the international organization Voice of the Martyrs, which continues to aid Christians around the world who are persecuted for their faith.

Although the production is based on his time in a prison cell, Ms. Noble notes that the production “leaves you hopeful.” It is a much-needed antidote for the times we find ourselves in today. “It’s frightening what man can do to man,” said Ms. Noble. “This is an important story to get out there.”

‘Voice of the Martyrs’ will take place March 12 at 7 pm at the Little Current United Church. There is no charge for admission and everyone is welcome, although it is recommended that, due to subject matter (although not harmful), only those over age 13 should attend.