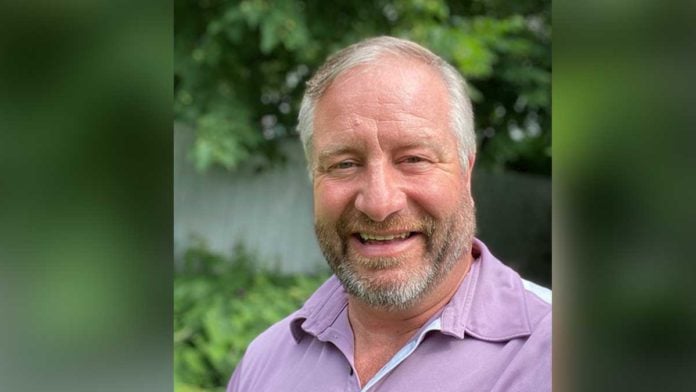 MANITOULIN – Algoma-Manitoulin MPP Mike Mantha says that the lack of Northern Ontario drive test centres is putting community firefighting at risk because the volunteer firefighters, who communities depend on, cannot currently get their DZ licences to drive fire trucks because of the backlogs in testing opportunities.

“I made a presentation in question period to the government this morning (November 16) outlining the frustration of municipalities like Central Manitoulin who have firefighters who are ready and willing to get their proper DZ licence so they can drive the fire trucks,” explained MPP Mantha. “But they are being told they have a wait time to get these licences, five or six months, until April (if not longer) because there is such a backload in tests and not enough testing centres and examiners in the North.”

MPP Mantha demanded that Doug Ford and the Ontario government put an end to a dangerous backlog that is risking the safety of Northerners. He had received a letter from the Municipality of Central Manitoulin CAO explaining that they are facing a shortage of volunteer firefighters who have valid DZ licences to drive their fire trucks.

“There issue isn’t a lack of willing volunteers, they have people ready to take a road test by the end of the month. The issue is that they aren’t able to schedule a road test until April 2022 due to testing backlog,” said MPP Mantha. “People in my riding can’t wait five months to have a fully staffed fire department. They need to know that when there is an emergency there will be someone ready to respond right away.”

MPP Mantha shared part of the Municipality of Central Manitoulin letter with the legislature, reading, “our volunteer firefighters are having great difficulty; when a call comes in, there are not enough qualified drivers for the fire trucks. We have some qualified drivers but since it’s a volunteer force they are not always available or in the area to respond to every call. This situation can’t go on.”

MPP Mantha said the government’s offer of one extra examiner is not going to make a dent in the demand facing the North. “People’s health and welfare is at stake because Doug Ford continues to ignore rural and Northern communities. Mr. Ford is failing people in rural communities and he must urgently address the growing drive test backlog with additional testing locations in the North.”

Central Manitoulin CAO Ruth Frawley said similar concerns are being raised by the Assiginack Township fire department. She explained that in Central Manitoulin, six firefighters are ready to get their DZ licence by the end of this month. But they can’t schedule a road test appointment until April. She said not only a few Manitoulin fire departments, but several off-Island crews are having similar concerns in the North.

Dwayne Elliott, fire chief for Assiginack Township told The Expositor, “we do have a few of our firefighters who are looking to get their DZ licences. It appears the holdup is the MTO (Ministry of Transportation). It is not the fault of the instructors, there are just not enough of them in the North.”

Mr. Elliott had said in a letter, “yes. It is an issue throughout the fire service and we are also having difficulty getting our guys certified. I have purchased a number of books for our guys, and they are to book their own appointments, etc. We do repay any costs of licensing after they are certified. I am not sure who Central was talking with but I have not had this discussion with their chief.

MPP Mantha in his question to the premier last week said in part, “speaker, this is a vital emergency service that the Municipality of Central Manitoulin and others cannot go without. People’s health and welfare is at stake because the premier continues to ignore rural and Northern communities. Will the premier recognize that he is failing people in rural communities and urgently address the growing drive test backlog with additional testing locations in the North?”

MPP Mantha told The Expositor that with the winter season upon us, “there will be cancellations in drive test appointments, with roads being closed and highways closed due to weather conditions. And the instructors don’t go to their offices when roads are closed.”

MPP Mantha said during question period that the province, “indicated they made a significant investment to address the problem with putting in new drive centres in southern Ontario but none for the North; but that they will be providing one additional instructor for the North. When you are just looking at the area from Espanola to Sault Ste. Marie, you quickly realize this won’t make a dent in the backlog in drive test appointments in the communities.”

“The urgency affects not only fire departments but corporations, organizations, seniors, students and has an effect on the economics as well,” said MPP Mantha. “Parents can carry their kids on their insurance policy, but their insurance rates go up as well. The North needs drive test offices and more inspectors, so these emergencies are addressed as soon as possible. Some of my constituents have told me the earliest they can go in for their licence test is two years. That is not acceptable.”