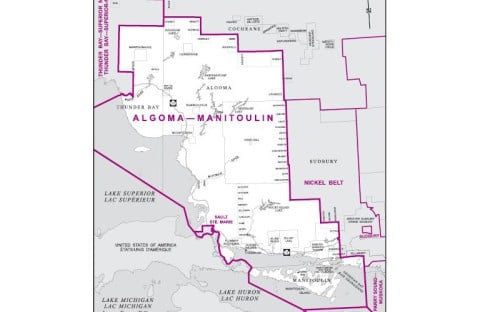 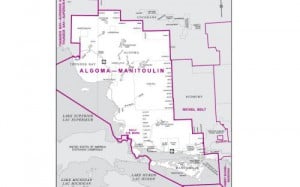 ONTARIO—The Federal Electoral Boundaries Commission for Ontario, recently established, has begun its review of the province’s federal electoral districts following the 2011 census report and are giving Ontario residents an April 30 deadline to have their say on the process.

The work of readjusting Ontario’s federal electoral boundaries is not simply a mathematical exercise whereby each electoral district ends up with roughly the same number of people, but rather a balancing act that must take into consideration communities of interest or identity as well as a district’s history and geographic size, a press release from the Commission states.

Already, the community of Manitouwadge, located in the riding of Algoma-Manitoulin-Kapuskasing has spoken up, requesting a move to the neighbouring riding of Thunder Bay-Superior North.

The Ontario Commission will publish its proposal outlining the new electoral map in a few months, and public hearings will follow at various locations across the province. Advertisements in newspapers and on the Commission’s website will notify Ontarians of the dates, time and place of these hearings where groups and individuals can participate in the process and share their opinions.

The public hearings and input from the electorate had a great impact on the electoral boundaries created by the last commission in 2002. In order to involve the public as soon as possible in the process, the Commission is inviting citizens to participate in creating the initial proposal by providing their comments by email or mail by April 30, 2012.

To learn more about the redistribution of Ontario’s federal electoral districts, visit www.federal-redistribution.ca.