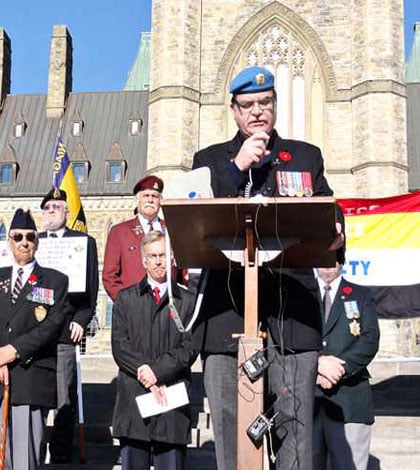 MANITOWANING—Colin Pick, president of the War Pensioners of Canada Manitoulin-North Shore branch, says federal government comments that the claims made in a class-action lawsuit filed by current and former soldiers injured in Afghanistan are frivolous are disgraceful.

“Disgraceful remarks from the government like the lawsuit and complaints are ‘frivolous’ are not proper remarks to be making,” stated Mr. Pick.

“Basically, this is an ongoing issue and claim made by a major in the army, Mark Campbell, who was in the army for over 30 years and lost both legs in a Taliban ambush, as well as five other soldiers,” said Mr. Pick. “They haven’t been able to get the compensation they should be provided.”

As reported by the Canadian Press (CP), lawyers for the federal government are asking a British Columbia judge to dismiss a class-action lawsuit filed by current and former soldiers injured in Canada’s combat mission in Afghanistan, saying Ottawa owes them nothing more than what they have already received under its controversial New Veterans Charter.

The lawsuit was filed last fall by six veterans and claims that the new charter, and the changes it brought to the compensation regime for Canadian Forces members, violates the constitution and the Charter of Rights and Freedoms.

Lawyers for the federal Attorney General say the claims are, “unnecessary, frivolous or vexatious or otherwise an abuse of process,” arguing in British Columbia Supreme Court in July to dismiss the case.

Jasvinder S. Basran, the regional director general general for the federal justice department, said in an application filed with the court that, “in support of their claim, the representative plaintiffs assert the existence of a social covenant, a public law duty, and a fiduciary duty on the part of the federal government.”

The lawsuit invokes the honour of the Crown, a concept that has been argued in aboriginal rights claims, reported CP. As well, the defendant submits that none of the claims asserted by the representative plaintiffs constitutes a reasonable claim, that the claims are frivolous or vexatious, and accordingly that they should be struck out in their entirety.

CP reported that each of the six current and former soldiers named in the lawsuit has received a pension and other compensation from the Department of Veterans Affairs, including lump sum payments ranging from $41,000 to nearly $261,000.

However, the soldiers say the disability payments for injured soldiers pale in comparison to awards handed out for worker’s compensation claims and by civil courts for far lesser injuries in motor vehicle accidents or personal injury.

“It’s nothing new to us,” said Mr. Pick. “That’s the way the system works. Major Campbell is a double amputee and has done his homework on compensation. It is one thing for the feds to provide an argument against the claim, but they certainly don’t need to belittle the soldiers who have filed the claim. It is improper.”

Among the soldiers named in the suit is Major Mark -year veteran of the Canadian Forces who served in Cyprus, Bosnia and Afghanistan. In June 2008, Mr. Campbell, of the Edmonton-based Princess Patricia’s Canadian Light Infantry, was struck by an explosive device in a Taliban ambush. He lost both legs above the knee, one testicle, suffered numerous lacerations and a ruptured eardrum. He has since been diagnosed with depressive disorder and post-traumatic stress disorder.

CP reported Mr. Campbell received a lump sum payment for pain and suffering of $260,000. He will receive his military pension, with an earnings loss benefit and a permanent impairment allowance but he is entirely unable to work and will suffer a net earnings loss due to his injuries, the lawsuit claims.

The new charter eliminated the lifetime disability pension for disabled soldiers and replaced it with lump sum payments.

As well, another plaintiff soldier suffered injuries to his leg and foot in the blast that killed Canadian journalist Michelle Lang and four soldiers. He was awarded $200,000 in total payments for pain and suffering and post-traumatic stress.

The federal government application says policy decisions of the government and legislation passed by Parliament are not subject to review by the courts. 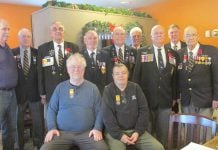 Island reporters recognized for their efforts by War Pensioners of Canada 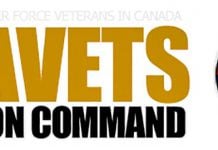