DOMINION BAY – A Manitoulin Island resident has put forth concerns and items he would like to see included in the 2022-2026 Lake Huron Lakewide Action and Management Plan.

“I have submitted topics that I would like to see included for plan discussion, one being the need for a water quantity committee,” said Mike Wilton of Dominion Bay, who is a former director of Algonquin Eco Watch. “There is no committee on water quantity for the Great Lakes, while there is presently a water quality committee (for the Great Lakes). What is happening, my fear is, that Ontario and Canada is giving away water to the US and other places. And this will be ever-increasing as the population increases and the amount of fresh water decreases.”

“For more than 10 years, I have been strongly recommending the creation of a Great Lakes Water Quantity Committee, with no success to date,” wrote Mr. Wilton in his submission to the Great Lakes Lake Huron Partnership (made up of US and Canada representatives). “Meanwhile, the Great Lakes Water Quality Committee keeps providing solid data regarding factors such as invasive species, constantly adding to vital data sets. It baffles me that we continue to ignore the importance of inter-lake flow into and out of the Great Lakes basins, especially in light of global warming and ongoing human development.”

“The ongoing presence of the Enbridge Line 5 pipeline moving petroleum products beneath the Straits of Mackinac is an ever-increasing threat to the water quality in both Lakes Michigan and Huron,” wrote Mr. Wilton. “Pollution from such a pipeline failure at that location could be permanent and would be devastating to the international waters as far away as Manitoulin Island, carried by prevailing westerly winds. This definitely should be on your agenda,” he wrote.

Mr. Wilton wrote in his submission, “I would fully expect invasive species as well to be on the agenda, not only as a progress report regarding trends among invasives, but also as updates regarding recent arrivals such as Asian carp. One would expect that by now the status of each species would be well established and documented.”

“Living on the south shore of Manitoulin Island, I have personally witnessed varied-coloured stains down the sides of lake freighters that have anchored in the lee of the Island for protection from gale-force winds from the north, prior to sailing to southern Lake Huron sports,” explained Mr. Wilton. “Intuitively, I am convinced that those stains represent the emptying of tanks from either bilge, sewage, or garbage dumped overboard. If so, it’s definitely acting in bad faith and points up the need for better enforcement.”

“To date, I am unaware of there being any Canadian entity similar to the US Army Corps of Engineers (USACE) on the Great Lakes,” continued Mr. Wilton. “This strongly implies that the development and management of all such past, present and future engineering projects as the Ogoki and Chicago Diversions are in the hands of that rather secretive organization—not a good thought. I would strongly recommend that international negotiations commence immediately, with the intent of developing a Canadian organization, equivalent to the USACE, so that Canada can take its rightful place at the negotiating table, regarding past and future developments.”

The Great Lakes Water Quality Agreement commits Canada and the United States to prepare and issue Lakewide Action and Management Plan (LAMPs) for each of the five Great Lakes every five years on a rotational basis, including the Lake Huron LAMP, which is scheduled for completion by the end of 2021.

“I look forward to future discussions regarding these and other relevant topics and recommend that the USACE attend upcoming discussions, as well as appropriate Canadian representatives,” added Mr. Wilton in his submission. 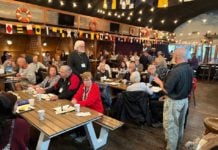 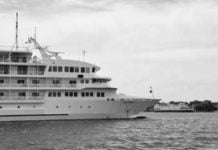 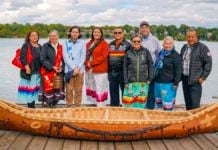 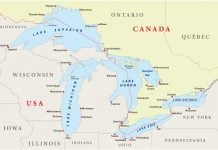 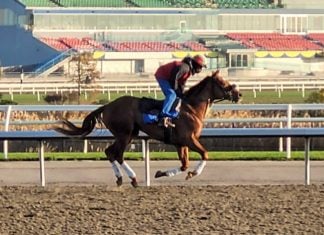